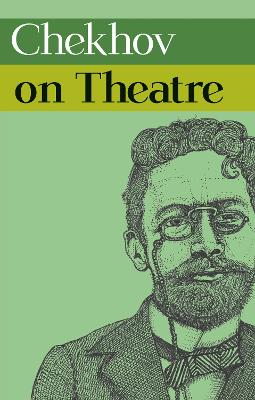 A unique collection of everything that Chekhov wrote about the theatre.

Chekhov started writing about theatre in newspaper articles and in his own letters even before he began writing plays. Later, he wrote in detail about his own plays to his lifelong friend and mentor Alexei Suvorin, his wife and leading actress, Olga Knipper, and to the two directors of the Moscow Art Theatre, Stanislavsky and Nemirovich Danchenko.

Collected for this volume, these writings reveal Chekhov's instinctive curiosity about the way theatre works ' and his concerns about how best to realise his own intentions as a playwright. Often peppery, passionate, even distraught, as he feels his plays misinterpreted or undermined, Chekhov comes over in these pages as a true man of the theatre.

'Chekhov is an acute observer who could easily have made his way as a director or dramaturg judging by his ability to spot strengths and weaknesses in not only his own writing but that of others. This book builds a strong picture of theatrical life in Moscow and St Petersburg just before and at the turn of the last century, with vast amounts of bitching seemingly a commonplace. It can also serve as a tangential autobiography since, through its pages, it is possible to learn much about its subject's life and work.'
- British Theatre Guide

» Have you read this book? We'd like to know what you think about it - write a review about Chekhov on Theatre book by Anton Chekhov and you'll earn 50c in Boomerang Bucks loyalty dollars (you must be a Boomerang Books Account Holder - it's free to sign up and there are great benefits!)

Anton Pavlovich Chekhov (1860 - 1904) was a Russian writer, playwright and physician, considered to be one of the greatest dramatists and short-story writers in the history of world literature. His career as a dramatist produced four masterpieces of the stage; The Seagull, The Cherry Orchard, Three Sisters and Uncle Vanya. His best short stories are held in high esteem by writers and critics. Chekhov practised as a doctor throughout most of his literary career: "Medicine is my lawful wife", he once said, "and literature is my mistress."