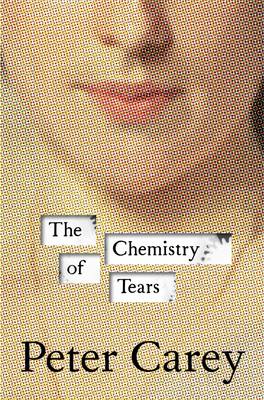 The Chemistry Of Tears

Description - The Chemistry Of Tears by Peter Carey

When her lover dies suddenly, all Catherine has left is her work. The long affair had been kept secret from their colleagues at London's Swinburne Museum and now she must grieve in private. Or almost. In an act of compassion, the head of her department gives Catherine a very particular project, something to cling onto- a box of intricate clockwork parts that appear to be the remains of a nineteenth-century automaton, a beautiful mechanical bird. Once she discovers that the box also contains the diary of the man who commissioned the machine, one obsession merges into another. Who was Henry Brandling? Who was the mysterious, visionary clockmaker he hired to make a gift for his ailing son? And what was the end result that now sits in pieces in Catherine's studio? The Chemistry of Tears is a portrait of love and loss that is both wildly entertaining and profoundly moving, simultaneously delicate and anarchic. At its heart is an image only the masterful Peter Carey could breathe such life into - an object made of equal parts magic, love, madness and science, a delight that contains the seeds of our age's downfall. 'The Chemistry of Tears - alive with the vivid evocation of place and period that is always Carey's forte - juxtaposes love for a dead partner with love for a dying son . . . A novel by one of the present day's most unconventionally creative writers. Oddball characters are propelled along zigzagging narrative channels, connections made with whimsical aplomb. As always, too, everything is burnished with vitalisingly poetic images. The Chemistry of Tears isn't only about life and inventiveness- it overflows with them.' Peter Kemp, The Sunday Times 'Audacious yet restrained, tender yet sardonic, and filled with moments of emotional complexity . . . A beautifully elegiac hymn to lost love.' Patrick Arlington, Australian Book Review 'Masterly historical fiction that both talks about now, and makes the past seem immediate . . . I loved this book for its mysteries, its hinted back stories, its reserve, and its underlying complexity.' Lucy Daniel, Daily Telegraph 'A master-class of writing and human insight is to be found in Peter Carey's new novel with its thrillingly off-kilter focus . . . There is so much powerful human emotion rising from the pages.' Liam Heylin, Irish Examiner 'The Chemistry of Tears is yet another triumph for its creator, breath-catchingly beautiful and tender in places, with strange and shocking revelations slowly revealed.' Camilla Pia, The List ' Carey remains a writer with an unerring sense for the perverse in human affairs. The continual and guilty delight of these early sections, the funniest, most cutting and anarchic, is that they acknowledge what we know to be true but dare not say- grief gives delirious licence to all those behaviours we otherwise hold in check.' Geordie Williamson, Weekend Australian 'Peter Carey's is an intricately constructed narrative, with its tender, astringent reflections on the nature of love and mortality, human ingenuity and human destructiveness . . . The fine bloom on his writing, the sharp, green bite of emotion and the pellucid observation seem entirely unaffected by success and a (well-deserved) place in the modern canon.' Jane Shilling and David Sexton, London Evening Standard 'This is a comic novel . . . but it's also a serious examination of love and loss and grief and obsession and how we manage to keep going even when all clocks have stopped.' Stephen Romei, The Spectator (Australia)

Other Editions - The Chemistry Of Tears by Peter Carey 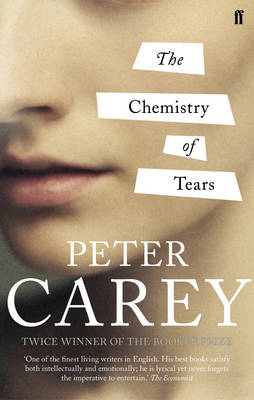 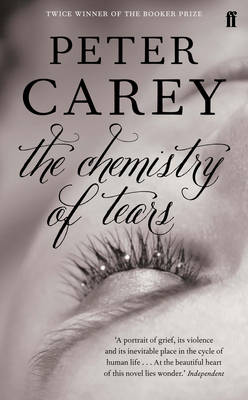 YouTube Videos - The Chemistry Of Tears by Peter Carey

The Chemistry of Tears - Peter Carey

The Chemistry of Tears is a portrait of love and loss that is both wildly entertaining and profoundly moving, simultaneously delicate and anarchic. At its heart is an image only the masterful Peter Carey could breathe such life into - an object made of equal parts magic, love, madness and science, a delight that contains the seeds of our age's downfall

Book Reviews - The Chemistry Of Tears by Peter Carey

» Have you read this book? We'd like to know what you think about it - write a review about Chemistry Of Tears book by Peter Carey and you'll earn 50c in Boomerang Bucks loyalty dollars (you must be a Boomerang Books Account Holder - it's free to sign up and there are great benefits!)

Carey’s book is a worthy one, but it suffers from the same lack of soul as the mechanistic world it laments over, all mind and machine, an abyss between our hearts, our souls, and the automata we have created to save us, but which are doing the opposite. Like the clockwork swan that Catherine, the main character, slowly brings to ‘life’, Carey’s story remains an intellectual expression of a passionate cause. Like the swan, it goes through the motions, clever but cold, its movements a simulacrum of feeling.

Throughout this story we are reminded of the ubiquitous machine, the automaton, and the rationalistic thinking that has given it an exalted place in our lives: the glorious, ominous, mechanical swan that Catherine painstakingly reassembles, her dead lover’s restored Mini, the noisy lawn mower outside her window, the clocks and tools of her trade, her assistant Amanda’s earpiece and the medication that keeps Amanda ‘normal’, the hole that Amanda drills through the blue wooden cube, the X-ray that Amanda pleads for, the fume cupboard in Catherine’s lab, a robot created to teach children. We are also given glimpses of the wider world, the ever-present ‘tide of fear’ embodied in the spilt oil that is ruining the Gulf, and the floods in the city where Catherine lives, a reminder of disastrous climate change, a dying planet killed by machines, by industry.

Catherine is suffering – a sure recipe for eliciting the reader’s sympathy. Her pain, the pain of loss, is universal and all the worse because she cannot share it, because her lover Matthew was married and their thirteen-year affair was a secret, officially at least. But the character of Catherine does not fully convince. Carey fails her at times, bringing her too close to stereotype or behaviour that just doesn’t ring true. She is drinking too much (because of grief), is crusty and paranoid, snapping at those who come too close, blubbering occasionally. And yet, still in the throes of grief, she is mildly gratified to attract some attention from ‘a braying pack’ outside the pub where she is staying, because she is an ageing woman with no lover now, and ‘one did not wish to be sexually invisible just yet’. Is this what Carey considers to be ‘sexually visible’, for a woman? Is this the time to be concerned with it? The beautiful, intelligent, young, unstable Amanda attacks Catherine and scratches her face – as though a cat fight is the inevitable outcome of putting two women together into a room. Catherine shows no hint of anger against the man who remained with his wife and family for the thirteen years that he was her lover. Instead, it is made clear to the reader that it was all the wife’s fault, for being so awful. Catherine’s boss Croft tells her that she saved Matthew’s life by having the affair with him. But what kind of man needs to be ‘saved’ in this way? The issue of her lover’s moral failing is not part of the story, but the lack of questions or doubts on Catherine’s part makes her less human.

But it is not just Catherine. I felt no hearts in this story, and couldn’t care for anyone in it. Many of the characters, particularly those in Henry Brandling’s narrative, are unhinged, unstable or unreliable. Like Bruegel’s little figures doing weird, grotesque things on the canvas, they are curious but we don’t feel for them. They are automata, ciphers expressing an idea, and it is because of this that reading Henry’s narrative is tedious. But Carey’s whole story, including Catherine’s narrative, is mind-heavy. His attempt to reach us through emotion, via Catherine, is weak, as though he simply cannot find the strength of feeling to give her a soul.

Both Sumper and, to a lesser extent, Amanda, are ‘mad geniuses’ trying to comprehend something greater within the cogs and pulleys, but doomed to fail because of the limitations of the human mind. When Croft reveals that he has manipulated Catherine on many occasions, including being the mastermind behind her relationship with Matthew, this casts Croft in a new light. Up until that point, he has seemed merely condescending towards Catherine, but now he has the ring of God about him, a benevolent manipulator working for the ultimate good. Catherine and Amanda argue about what is in the belly of the swan. Is it empty, or will they find a miracle, as Amanda wants to believe? Is there a ghost in the machine? Once again, we are back to an idea, an old one. Eventually, even Catherine succumbs to her craving for a miracle – or at least proof, truth – when she goes looking for a landmark mentioned in the journals of Henry Brandling. The story ends in an apparent state of existentialist acceptance of the impossibility of finding proof of anything in a clockwork universe. Like Camus’ Meursault waiting in prison to be executed, Catherine and Amanda, reconciled, sit quietly, mad Amanda’s head resting in Catherine’s lap. Catherine’s resistance has finally dissipated – she will try to X-ray the swan after all.

Catherine’s grief is ours, but Carey has used clockwork characters to express this grief, and it registers as an idea rather than the pain that it should make us feel. The story itself is cold, but the ideas raised in it are a call to attention, to our own world’s loss of soul, and even of body, now, and it is from this that the pain comes.

Peter Carey is a zoologist who has made more than 80 trips to Antarctica, including research expeditions with the New Zealand Antarctic Programme and the Australian National Antarctic research expedition. He has also worked as a lecturer and expedition leader on many Antarctic cruise ships. Peter has conducted research on penguin behaviour, sea-bird ecology, fish physiology and the social behaviour of seals. He visits Antarctica every summer and is working to ecologically restore a group of small islands in the Falklands Archipelago. As director of the conservation organisation SAFER (Subantarctic Foundation for Ecosystems Research), he is actively involved in improving the wildlife habitat of these islands. http-//www.awapress.com/authors-Peter-Carey

A Preview for this title is currently not available.
More Books By Peter Carey
View All