Description - Chifley: A Life by David A Day

the acclaimed and controversial biography of one of Australia's most loved prime ministers. Ben Chifley was probably Australia's greatest and most popular prime minister of the twentieth century. Many of the policies that his Labor government introduced after the Second World War came to define modern Australia. these include a mass immigration scheme, the beginnings of a free health scheme, the opening up of access to university education, the Snowy Mountains Scheme, a greater engagement with Asia, and a commitment to civil liberties amid the anti-communist hysteria of the time. But who was this man, a humble blacksmith's son who worked his way up from engine driving on the railways in his hometown of Bathurst to lead his country in its postwar recovery? David Day has written widely on Australian history and the history of the Second World War. His biography of John Curtin won the Queensland Premier's Prize for History and was shortlisted for the NSW Premier's Douglas Stewart Prize for Non-Fiction. His history of Australia, Claiming a Continent, won the non-fiction prize in the 1998 South Australian Festival Awards for Literature.

Other Editions - Chifley: A Life by David A Day 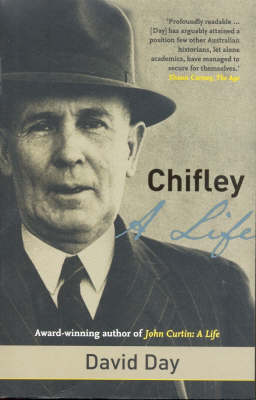 Book Reviews - Chifley: A Life by David A Day

» Have you read this book? We'd like to know what you think about it - write a review about Chifley: A Life book by David A Day and you'll earn 50c in Boomerang Bucks loyalty dollars (you must be a Boomerang Books Account Holder - it's free to sign up and there are great benefits!)