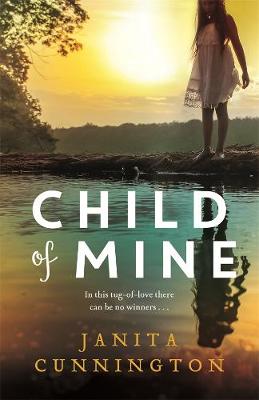 Description - Child of Mine by Janita Cunnington

It's January 1974, and a devastating flood is about to change the lives of four generations of women. Maggie Rowe is thirty-five, a teacher, and still living with her mother, Vera, in a tiny cottage in Hill Street, Brisbane. Next door lives Donna Birtles, a feckless twenty-something single mum, and her little daughter, Flower.

Early one rain-drenched morning at the height of the flood, Donna and Flower seek shelter with Maggie and Vera . . .

However, once the water recedes, Donna seems reluctant to move out, particularly when she meets Roddy, a casual worker on the clean-up gang. With Donna now disappearing for months on end, Maggie is forced to take on the role of Flower's guardian - at the expense of her own hopes and longings.

So when Donna finally returns to reclaim her child, who has the right to be Flower's mother?

Book Reviews - Child of Mine by Janita Cunnington

» Have you read this book? We'd like to know what you think about it - write a review about Child of Mine book by Janita Cunnington and you'll earn 50c in Boomerang Bucks loyalty dollars (you must be a Boomerang Books Account Holder - it's free to sign up and there are great benefits!)

Janita Cunnington was born at the end of World War II in the small New South Wales town of Barraba, in the heart of New England sheep country. Her relations spent their days managing their households and mobs of sheep, and their evenings reposing in happy ignorance of their convict taint. When her father was discharged from the army, the family moved to Brisbane to live with her paternal grandfather in his sprawling Queenslander. She spent her early childhood there, loitering in its ambit and coming under the lasting influence of houses and their stories. She was nine when the family moved onto a small holding on the outskirts of Brisbane. There they kept company with a jersey cow and calf, a dozen or so chooks, a couple of dogs and a healthy population of brown snakes. Janita came of age (married, had babies and dreamed of revolution) in the heady sixties. In 1968 she travelled to Europe with her children and first husband, and was in Prague during the Warsaw Pact invasion. The experience made her prize the quieter dramas of ordinary suburban life. For many years she earned her living as an editor, eventually retired, and in due course claimed credit for grandchildren. Janita now lives on Stradbroke Island.

A Preview for this title is currently not available.
More Books By Janita Cunnington
View All