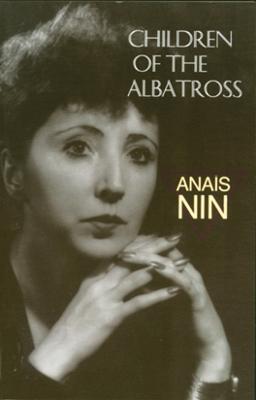 Children of the Albatross

Description - Children of the Albatross by Anais Nin

Children of the Albatross is divided into two sections: "The Sealed Room" focuses on the dancer Djuna and a set of characters, chiefly male, who surround her; "The Cafe" brings together a cast of characters already familiar to Nin's readers, but it is their meeting place that is the focal point of the story.

As always, in Children of the Albatross, Nin's writing is inseparable from her life. From Djuna's story, told in "The Sealed Room" through hints and allusions, hazy in their details and chronology, the most important event to emerge is her father's desertion (like Nin's) when she was sixteen. By rejecting realistic writing for the experience and intutitions she drew from her diary, Nin was able to forge a novelistic style emphasizing free association, spontaneity, and improvisation, a technique that finds its parallel in the jazz music performed at the cafe where Nin's characters meet.

Book Reviews - Children of the Albatross by Anais Nin

» Have you read this book? We'd like to know what you think about it - write a review about Children of the Albatross book by Anais Nin and you'll earn 50c in Boomerang Bucks loyalty dollars (you must be a Boomerang Books Account Holder - it's free to sign up and there are great benefits!)

Anais Nin-the celebrated novelst, diarist, and short story writer-was born in France and spent her childhood in various parts of Europe and in New York. Nin returned to New York just before the outbreak of World War II, and she spent the rest of her life living there and in Paris and Los Angeles. Her work is characterized by a interest in the subconscious. Her five novels in the Cities of the Interior series focus on different female types and follow their lives through lovers, art, and analysis. In 1973 Nin received an honorary doctorate from Philadelphia College of Art. She was elected to the National Institute of Arts and Letters in 1974.