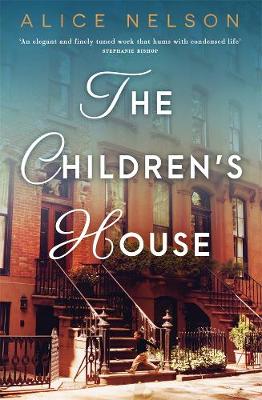 Reminiscent of Colm Toibin's Brooklyn, this is a breakthrough novel from a humane and perceptive writer exploring the traumas that divide families and the love and hope that creates them.

A love song to the idea of families in all their mysteries and complexities, their different configurations and the hope that creates them.
Marina and her husband, Jacob, were each born on a kibbutz in Israel. They meet years later at a university in California, when Jacob is a successful psychiatrist with a young son, Ben, from a disastrous marriage. The family moves to a brownstone in Harlem, formerly a convent inhabited by elderly nuns.

Outside the house one day Marina encounters Constance, a young refugee from Rwanda, and her toddler, Gabriel. Unmoored and devastated, Constance and Gabriel quickly come to depend on Marina; and her bond with the little boy intensifies. The pure, blinding love that it is possible to feel for children not our own is the thread that weaves through The Children's House.

When Marina learns some disturbing news about her long-disappeared mother, Gizela, she leaves New York in search of the loose ends of her life. As Christmas nears, her tight-knit, loving family, along with Constance and Gabriel, join Marina in her mother's former home, with a startling consequence, an act that will transform all of their lives forever.

Alice Nelson skilfully weaves together these shared stories about the terrible things humans are capable of into a beautifully told, hope-filled novel exploring the profound consolations that we can find in each other.

Other Editions - The Children's House by Alice Nelson 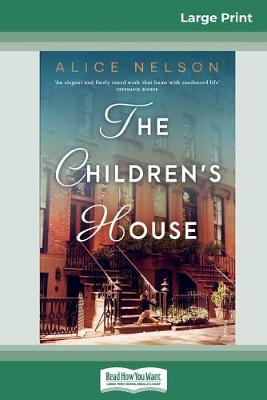 » Have you read this book? We'd like to know what you think about it - write a review about Children's House book by Alice Nelson and you'll earn 50c in Boomerang Bucks loyalty dollars (you must be a Boomerang Books Account Holder - it's free to sign up and there are great benefits!)

After university in Australia, Alice Nelsonlived and worked in Harlem, living in the brownstone on 120th Streetin which The Children's House is set. While studying in New York, sheworked at a non-profit agency run by an order of nuns as a case worker withrefugee and undocumented migrant families. Alice was named one of the SydneyMorning Herald's Best Young Australian Novelists for her first novel, TheLast Sky. The novel also won the TAG Hungerford Award and was shortlistedfor the Australian Society of Authors' Barbara Jefferis Award and for TheAustralian/Vogel's Literary Award. Alice's short fiction, essays and reviewshave appeared in publications such as The Sydney Review of Books, The AsiaLiterary Review, Southerly Magazine and the West Australian Newspaper. Alice now lives in Perth.

The Football Solution: How Richmond's premiership can save Australia
George Megalogenis
$27.71 $32.99