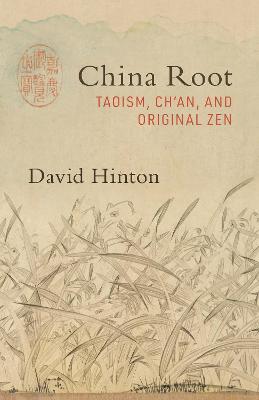 When Buddhism arrived in China during the first century of the current era, it was fundamentally reinterpreted and reshaped by Taoist thought, its more abstract metaphysical sensibility becoming grounded in an earthly and empirically based vision. What resulted was Ch'an Buddhism--the precursor to Zen as it would later appear in Japan, other Asian countries, and the West. In this fascinating volume, David Hinton renders a beautiful deep-literary analysis of early Ch'an to recover aspects of the tradition lost in its transmission from China to Japan and in the later spread of the teachings to Europe and the Americas. Each chapter explores a core Zen concept--such as meditation, mind, Tao, or Buddha--as it was originally understood in China. Organized as a straightforward handbook, China Root illuminates the most critical aspects of the original Zen philosophy and practice, including emptiness, koans, language skepticism, and everyday mind. Taking this journey on the wings of Hinton's remarkable insight and powerful writing, contemporary Zen practitioners will never see the conceptual framework of their practice in the same way again.

» Have you read this book? We'd like to know what you think about it - write a review about China Root: Taoism, Ch'an, and Original Zen book by David Hinton and you'll earn 50c in Boomerang Bucks loyalty dollars (you must be a Boomerang Books Account Holder - it's free to sign up and there are great benefits!)


A Preview for this title is currently not available.
More Books By David Hinton
View All