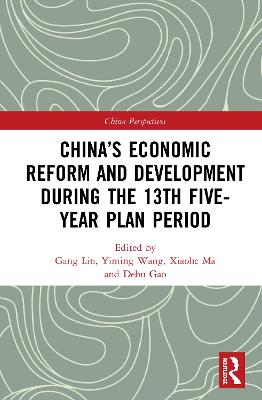 "Five-Year Plans" have been a cornerstone of Chinese social and economic development initiatives since 1953. During the thirteenth of these periods between 2016 and 2020, the global economy has experienced instability after the financial crisis, as well as political and economic reconfiguration. Drawing on modern economic theory, this book comprehensively discusses China's economic development in this crucial phase.

The book analyzes the international economic environment, and asks how China's continued reform and opening-up can fit with the new era of economic globalization. It also presents the difficulties China faces in such fields as urbanization, the coordination of regional development and urban-rural integration, economic reform, and the reform of factor markets and state-owned enterprises.

» Have you read this book? We'd like to know what you think about it - write a review about China's Economic Reform and Development during the 13th Five-Year Plan Period book by Gang Lin and you'll earn 50c in Boomerang Bucks loyalty dollars (you must be a Boomerang Books Account Holder - it's free to sign up and there are great benefits!)


A Preview for this title is currently not available.
More Books By Gang Lin
View All