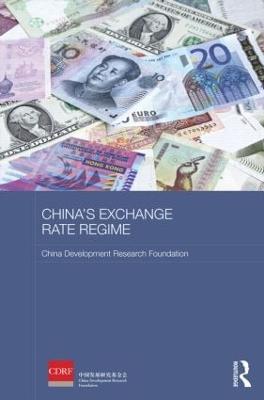 The imbalance between China's currency, the RMB, and those of other countries is widely regarded as a major problem for the world economy. There was a reform of China's exchange rate mechanism in 2005, following which the RMB appreciated 17% against the US dollar, but many people argue that further reform is still needed. This book reports on a major research project undertaken following the 2005 reform to assess the impact on China's economy. It considers the impact in a number of areas of the economy, including export-oriented companies, the banking industry, international trade, international capital flows, and China's macroeconomic policy. It concludes that the policies pursued so far have been correct, and that further reform, both to the exchange rate, and to the system overall, would be desirable, but that any reform should be gradual and incremental, preserving economic stability, and integrating changes with reform in other parts of the economy. » Have you read this book? We'd like to know what you think about it - write a review about China's Exchange Rate Regime book by China Development Research Foundation and you'll earn 50c in Boomerang Bucks loyalty dollars (you must be a Boomerang Books Account Holder - it's free to sign up and there are great benefits!)

China Development Research Foundation is one of the leading economic think tanks in China, where many of the details of China's economic reform have been formulated. Its work and publications therefore provide great insights into what the Chinese themselves think about economic reform and how it should develop.

A Preview for this title is currently not available.
More Books By China Development Research Foundation
View All