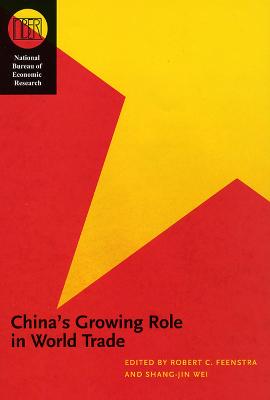 In less than three decades, China has grown from playing a negligible role in international trade to being one of the world's largest exporters, a substantial importer of raw materials, intermediate outputs, and other goods, and both a recipient and source of foreign investment. Not surprisingly, China's economic dynamism has generated considerable attention and concern in the United States and beyond. While some analysts have warned of the potential pitfalls of China's rise?the loss of jobs, for example?others have highlighted the benefits of new market and investment opportunities for US firms.

Bringing together an expert group of contributors, China's Growing Role in World Trade undertakes an empirical investigation of the effects of China's new status. The essays collected here provide detailed analyses of the microstructure of trade, the macroeconomic implications, sector-level issues, and foreign direct investment. This volume's careful examination of micro data in light of established economic theories clarifies a number of misconceptions, disproves some conventional wisdom, and documents data patterns that enhance our understanding of China's trade and what it may mean to the rest of the world. » Have you read this book? We'd like to know what you think about it - write a review about China's Growing Role in World Trade book by Robert C. Feenstra and you'll earn 50c in Boomerang Bucks loyalty dollars (you must be a Boomerang Books Account Holder - it's free to sign up and there are great benefits!)

A Preview for this title is currently not available.
More Books By Robert C. Feenstra
View All