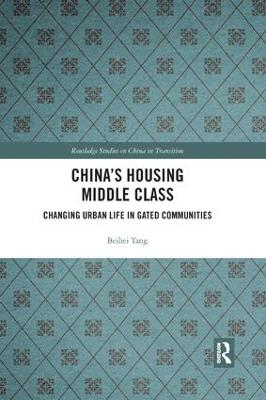 Home ownership plays a significant role in locating the middle class in most western societies, associated with market, consumerism, democracy and "people like us", the significant features of the middle class for any society. In China, private home ownership was not the norm from 1949, when the Chinese Communist Party took power, until the 1990s. In the past three decades, however, there has been a fast growing housing consumption and private homeowners have become the most significantly changing aspect of Chinese urban life. In particular, the rise of gated communities has become a predominant feature of the urban landscape. Similar to their western counterparts, the gated communities in China exemplify "high status" symbols with enclosed and restricted residential areas, exclusive community parks and recreational facilities, and professional management and security services. But different from western societies where gated communities usually represent luxurious lifestyles only limited to a small group of people, in urban China gated communities have become one major form of supply in the housing market and one of the most popular and desirable choices for homebuyers. Private home ownership and residency in gated communities, altogether characterize the most significant aspect of comfort living and distinct lifestyles of China's new middle classes who have successfully got ahead in the socialist market economy.

This book examines the formation of "China's housing middle class". It develops a theoretical argument about, and provides empirical evidence of the heterogeneity of China's new middle class, which underlines the relations between the state, market and life chances under a socialist market economy. As such it will be of huge interest to students and scholars of Chinese society, sociology and politics. 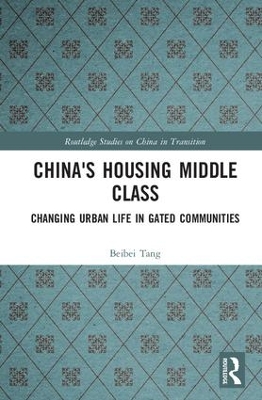 » Have you read this book? We'd like to know what you think about it - write a review about China's Housing Middle Class: Changing Urban Life in Gated Communities book by Beibei Tang and you'll earn 50c in Boomerang Bucks loyalty dollars (you must be a Boomerang Books Account Holder - it's free to sign up and there are great benefits!)


A Preview for this title is currently not available.
More Books By Beibei Tang
View All