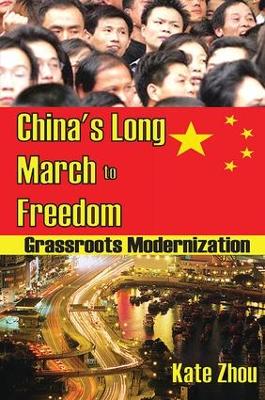 China is more than a socialist market economy led by ever more reform-minded leaders. It is a country whose people seek liberty on a daily basis. Th eir success has been phenomenal, despite the fact that China continues to be governed by a single party. Clear distinctions between the people and the government are emerging, underlining the fact that true liberalization cannot be imposed from above.Although a large percentage of the Chinese people have been part of China's long march to freedom, farmers, entrepreneurs, migrants, Chinese gays, sex pleasure seekers, and black-marketers played a particularly important role in the beginning. Lawyers, scholars, journalists, and rights activists have jumped in more recently to ensure that liberalization continues. Social dissatisfaction with the government is now published in the media, addressed in public forums, and deliberated in courtrooms. Intellectuals devoted to improvement in human rights and continued liberalization are part of the process.This grassroots social revolution has also resulted from the explosion of information available to ordinary people (especially via the Internet) and far-reaching international influences. All have fundamentally altered key elements of the moral and material content of China's party-state regime and society at large. Th is social revolution is moving China towards a more liberal society despite its government. Th e Chinese government reacts, rather than leads, in this transformative process. Th is book is a landmark--a decade in the making.

Other Editions - China's Long March to Freedom by Kate Zhou 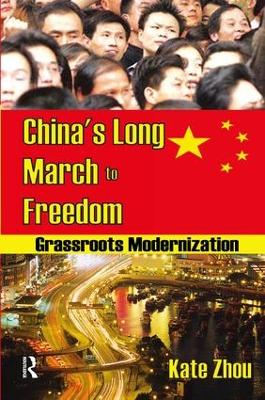 » Have you read this book? We'd like to know what you think about it - write a review about China's Long March to Freedom book by Kate Zhou and you'll earn 50c in Boomerang Bucks loyalty dollars (you must be a Boomerang Books Account Holder - it's free to sign up and there are great benefits!)

Kate Zhou is associate professor of political science at the University of Hawaii and a Fellow at the National Endowment for Democracy. She is the author of numerous professional papers and book chapters and is also the author of How the Farmers Changed China: Power of the People.

A Preview for this title is currently not available.
More Books By Kate Zhou
View All