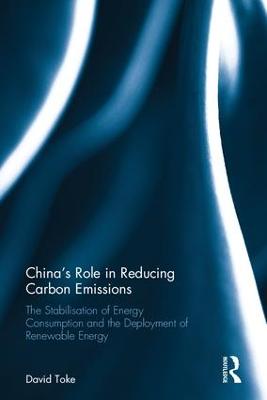 The Stabilisation of Energy Consumption and the Deployment of Renewable Energy

China, a still developing economy comprising a fifth of the world's population, will play a key role in the global movement towards reducing carbon emissions. The aims of the Paris Agreement may stand or fall with China, both for its own contribution and the example it will set the developing world.

China's Role in Reducing Carbon Emissions discusses the prospects for China achieving radical reductions in carbon emissions, within the context of the current economic and political landscape. With a particular focus on technologies such as such as wind power, solar power and electric vehicles, Toke examines how China is transitioning to a state of stable energy consumption via a service-based economy and heavy investment in non-fossil energy sources. The book concludes that China may be set to reduce its carbon emissions by approximately two-thirds by 2050.

This book is a valuable resource for students and scholars of climate change, sustainable development, political science and energy, as well as energy professionals seeking to understand the implications of recent developments in China. 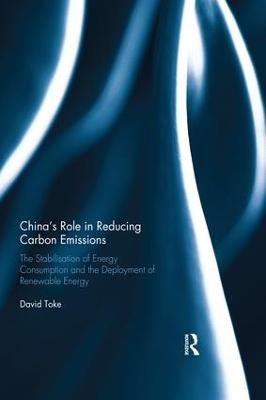 » Have you read this book? We'd like to know what you think about it - write a review about China's Role in Reducing Carbon Emissions book by David Toke and you'll earn 50c in Boomerang Bucks loyalty dollars (you must be a Boomerang Books Account Holder - it's free to sign up and there are great benefits!)

A Preview for this title is currently not available.
More Books By David Toke
View All

China's Role in Reducing Carbon Emissions: The Stabilisation of Energy Consumption and the Deployment of Renewable Energy
$83.15 $83.99