Noam Chomsky has made major contributions to three fields:
political history and analysis, linguistics, and the philosophies
of mind, language, and human nature. In this thoroughly revised and
updated volume, James McGilvray provides a critical introduction to
Chomsky's work in these three key areas and assesses their
continuing importance and relevance for today.

In an incisive and comprehensive analysis, McGilvray argues that
Chomsky?s work can be seen as a unified intellectual project.
He shows how Chomsky adapts the tools of natural science to the
study of mind and of language in particular and explains why
Chomsky's "rationalist" approach to the mind continues to be
opposed by the majority of contemporary cognitive scientists. The
book also discusses some of Chomsky?s central political
themes in depth, examining how Chomsky's view of the good life and
the ideal form of social organization is related to and in part
dependent on his biologically based account of human nature and the
place of language within it. As in the first edition, McGilvray
emphasizes the distinction between common sense and science and the
difference between rationalist and empiricist approaches to the
mind, making clear the importance of these themes for understanding
Chomsky's work and showing that they are based on elementary
observations that are accessible to everyone. This edition has been
extensively re-written to emphasize Chomsky's recent work, which
increasingly 'biologizes' the study of language and mind and - by
implication - the study of human nature.

This book will be of interest to students and scholars of
philosophy, linguistics, and politics, as well as to all those keen
to develop a critical understanding of one of the most
controversial and important thinkers writing today.

Other Editions - Chomsky by James McGilvray 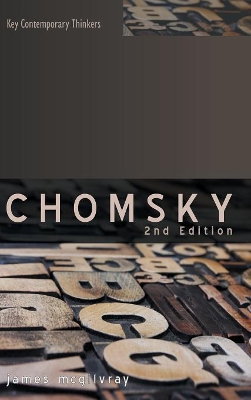 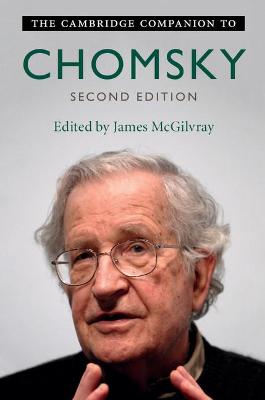 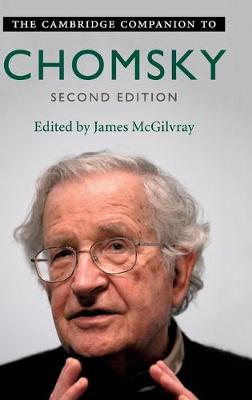 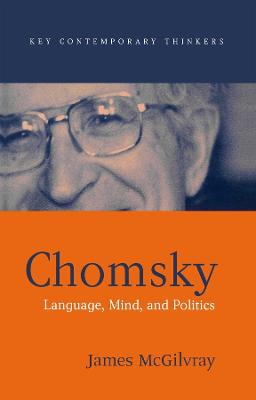 » Have you read this book? We'd like to know what you think about it - write a review about Chomsky book by James McGilvray and you'll earn 50c in Boomerang Bucks loyalty dollars (you must be a Boomerang Books Account Holder - it's free to sign up and there are great benefits!)


A Preview for this title is currently not available.
More Books By James McGilvray
View All