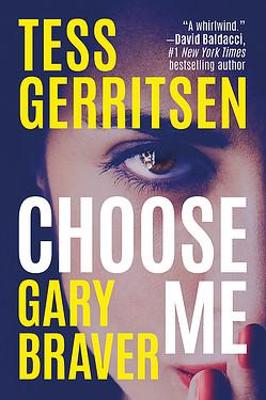 Description - Choose Me by Tess Gerritsen

Taryn Moore is young, beautiful, and brilliant...so why would she kill herself? When Detective Frankie Loomis arrives on the scene to investigate the girl's fatal plunge from her apartment balcony, she knows in her gut there's more to the story. Her instincts are confirmed when surprise information is revealed that could have been reason enough for Taryn's suicide-or a motive for her murder.

To English professor Jack Dorian, Taryn was the ultimate fantasy: intelligent, adoring, and completely off limits. But there was also a dark side to Taryn, a dangerous streak that threatened those she turned her affections to-including Jack. And now that she's dead, his problems are just beginning.

After Frankie uncovers a trove of sordid secrets, it becomes clear that Jack may know the truth. He is guilty of deception, but is he capable of cold-blooded murder?

'With deceitful characters and plenty of twists, this novel is highly recommended for fans of Gerritsen or Braver, and readers who love suspense stories.' - Library Journal (starred review)

'An emotionally charged page-turner that will definitely keep readers guessing, Choose Me has all of the twists and turns in the right places. Gerritsen and Braver are definitely the co-writing dynamic duo to look out for!' -Mystery & Suspense Magazine

'Choose Me is a whirlwind with sharp, fluid prose and fine depth of character, telling an age-old story with powerful and timely relevancy. Told from alternating perspectives, the story is chilly, creepy, nuanced, layered, a puzzler of the first order, and-above all-poignant. This story will hit home for many. Gerritsen and Braver really nailed this one.' - David Baldacci, #1 New York Times bestselling author

'Don't miss this edgy, twisting, rocket-paced story of marriage, betrayal, and the damage we do to each other in the name of love.' - Lisa Unger, New York Times bestselling author of Confessions on the 7:45

Other Editions - Choose Me by Tess Gerritsen 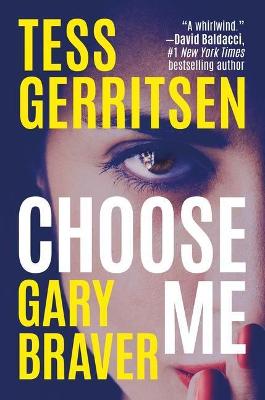 » Have you read this book? We'd like to know what you think about it - write a review about Choose Me book by Tess Gerritsen and you'll earn 50c in Boomerang Bucks loyalty dollars (you must be a Boomerang Books Account Holder - it's free to sign up and there are great benefits!)


A Preview for this title is currently not available.
More Books By Tess Gerritsen
View All