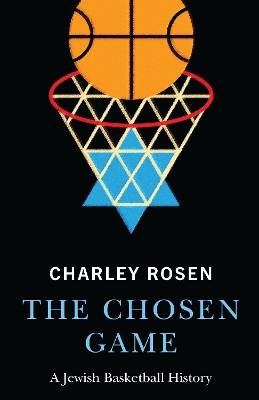 A few years after its invention by James Naismith, basketball became the primary sport in the crowded streets of the Jewish neighborhood on New York's Lower East Side. Participating in the new game was a quick and enjoyable way to become Americanized. Jews not only dominated the sport for the next fifty-plus years but were also instrumental in modernizing the game.

Barney Sedran was considered the best player in the country at the City College of New York from 1909 to 1911. In 1927 Abe Saperstein took over management of the Harlem Globetrotters, playing a key role in popularizing and integrating the game. Later he helped found the American Basketball Association and introduced the three-point shot. More recently, Nancy Lieberman played in a men's pro summer league and became the first woman to coach a men's pro team, and Larry Brown became the only coach to win both NCAA and the NBA championships.

While the influence of Jewish players, referees, coaches, and administrators has gradually diminished since the mid-1950s, the current basketball scene features numerous Jews in important positions.

Through interviews and lively anecdotes from franchise owners, coaches, players, and referees, The Chosen Game explores the contribution of Jews to the evolution of present-day pro basketball.

» Have you read this book? We'd like to know what you think about it - write a review about Chosen Game book by Charley Rosen and you'll earn 50c in Boomerang Bucks loyalty dollars (you must be a Boomerang Books Account Holder - it's free to sign up and there are great benefits!)

Charley Rosen is a writer whose work appears regularly on Fanragsports.com. He previously worked as an NBA analyst for FOXSports.com and is the author of twenty-one sports books, including Perfectly Awful: The Philadelphia 76ers' Horrendous and Hilarious 1972-1973 Season (Nebraska, 2014) and Crazy Basketball: A Life In and Out of Bounds (Nebraska, 2011). He has coauthored two books with NBA coach Phil Jackson.