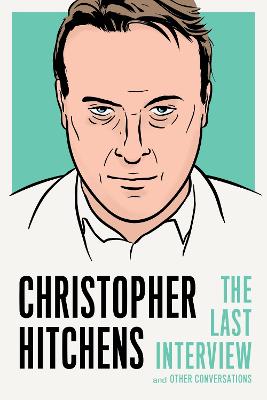 Divisive until the end, Christopher Hitchens was one of this generation's greatest thinkers. These interviews represent highlights from his remarkable career.

From Hitchens's earliest interviews to his final published interview with Richard Dawkins just before his death, this collection covers the brilliant career of Christopher Hitchens and tackles everything from atheism, his controversial support of the Iraq War, to America's march toward theocracy.

Series Overview- The Last Interview Series offers a remarkably fresh look at some of the world's leading innovative writers and edgiest cultural figures by gathering conversations from throughout an artist's career and collecting them in one volume.

» Have you read this book? We'd like to know what you think about it - write a review about Christopher Hitchens: The Last Interview book by Christopher Hitchens and you'll earn 50c in Boomerang Bucks loyalty dollars (you must be a Boomerang Books Account Holder - it's free to sign up and there are great benefits!)

Christopher Hitchens (1949-2011) was a prolific columnist, literary critic, and essayist. He published over 30 books, including God is Not Great, and contributed to The Nation, The Atlantic, Vanity Fair and many others.