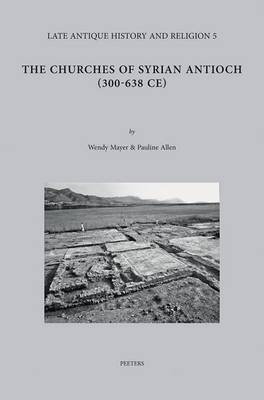 In The Churches of Syrian Antioch (300-638 CE) Wendy Mayer and Pauline Allen for the first time draw together all of the existing evidence concerning the Christian worship sites of this influential late-antique city, with significantly new results in a number of cases. In addition to providing a catalogue of the worship sites, in which each entry critiques and summarizes the available data, supplemented by photographs from the excavations, the authors analyze the data from a number of perspectives. These include the political, economic and natural forces that influenced the construction, alteration and reconstruction of churches and martyria, and the political, liturgical and social use and function of these buildings. Among the results is an emerging awareness of the extent of the lacunae and biases in the sources, and of the influence of these on interpretation of the city's churches in the past. What also rises to the fore is the significant role played by the schisms within the Christian community that dominated the city's landscape for much of these centuries.

» Have you read this book? We'd like to know what you think about it - write a review about Churches of Syrian Antioch (300-638 CE) book by Wendy Mayer and you'll earn 50c in Boomerang Bucks loyalty dollars (you must be a Boomerang Books Account Holder - it's free to sign up and there are great benefits!)


A Preview for this title is currently not available.
More Books By Wendy Mayer
View All

Heirs of Roman Persecution: Studies on a Christian and Para-Christian Discourse in Late Antiquity
$249.48 $252.00