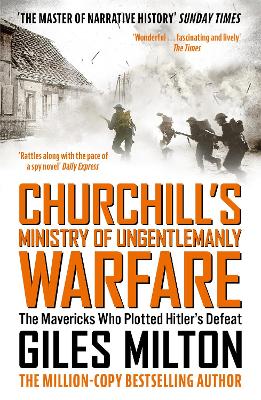 The Mavericks who Plotted Hitler's Defeat

'A magnificent story, brilliantly told. Read it!' Anthony HorowitzSix gentlemen, one goal - the destruction of Hitler's war machine.In the spring of 1939, a top secret organisation was founded in London: its purpose was to plot the destruction of Hitler's war machine through spectacular acts of sabotage. The guerrilla campaign that followed was to prove every bit as extraordinary as the six gentlemen who directed it. Winston Churchill selected them because they were wildly creative and thoroughly ungentlemanly. One of them, Cecil Clarke, was a maverick engineer who had spent the 1930s inventing futuristic caravans. Now, his talents were put to more devious use: he built the dirty bomb used to assassinate Hitler's favourite, Reinhard Heydrich. Another member of the team, William Fairbairn, was a portly pensioner with an unusual passion: he was the world's leading expert in silent killing. He was hired to train the guerrillas being parachuted behind enemy lines.Led by dapper Scotsman Colin Gubbins, these men - along with three others - formed a secret inner circle that planned the most audacious sabotage attacks of the Second World War. Winston Churchill called it his Ministry of Ungentlemanly Warfare. The six 'ministers', aided by a group of formidable ladies, were so effective that they single-handedly changed the course of the war.Told with Giles Milton's trademark verve and eye for detail, THE MINISTRY OF UNGENTLEMANLY WARFARE is thoroughly researched and based on hitherto unknown archival material. It is a gripping and vivid narrative of adventure and derring-do and is also, perhaps, the last great untold story of the Second World War.

Other Editions - Churchill's Ministry of Ungentlemanly Warfare by Giles Milton 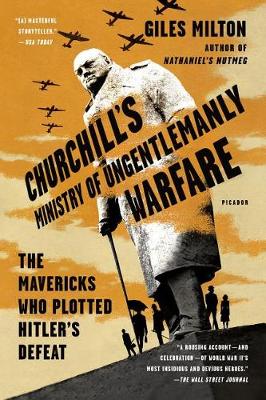 » Have you read this book? We'd like to know what you think about it - write a review about Churchill's Ministry of Ungentlemanly Warfare book by Giles Milton and you'll earn 50c in Boomerang Bucks loyalty dollars (you must be a Boomerang Books Account Holder - it's free to sign up and there are great benefits!)

Giles Milton is a writer and historian. He is the internationally bestselling author of Nathaniel's Nutmeg, Big Chief Elizabeth, The Riddle and the Knight, White Gold, Samurai William, Paradise Lost, Wolfram and Russian Roulette. He has also written three novels and three children's books. His books have been translated into twenty languages. He lives in south London.

Generation Less: How Australia Is Cheating The Young
Jennifer Rayner
$18.39 $22.99