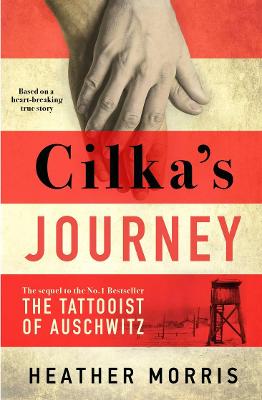 In 1942 Cilka is just sixteen years old when she is taken to Auschwitz-Birkenau Concentration Camp. The Commandant at Birkenau, Schwarzhuber, notices her long beautiful hair, and forces her separation from the other women prisoners. Cilka learns quickly that power, even unwillingly given, equals survival.

After liberation, Cilka is charged as a collaborator for sleeping with the enemy and sent to a desolate, brutal prison camp in Siberia known as Vorkuta, inside the Arctic Circle.

Innocent and imprisoned once again, Cilka faces challenges both new and horribly familiar. When she makes an impression on a female doctor, Cilka is taken under her wing and begins to tend to the ill in the camp, struggling to care for them under unimaginable conditions. Cilka finds endless resources within herself as she confronts death and faces terror, each day a battle for survival. And when she nurses a man called Aleksandr, Cilka finds that despite everything that has happened to her, there is room in her heart for love.

Based on what is known of Cilka's time in Auschwitz, and on the experience of women in Siberian prison camps, Cilka's Journey is the breathtaking sequel to The Tattooist of Auschwitz. A powerful testament to the triumph of the human will in adversity, Cilka's Journey will make you weep, but it will also leave you with the remarkable story of one woman's fierce determination to survive, against all odds.

'She was the bravest person I ever met' - Lale Sokolov, The Tattooist of Auschwitz 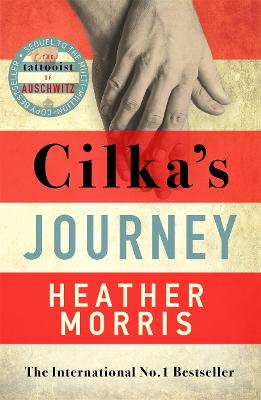 » Have you read this book? We'd like to know what you think about it - write a review about Cilka's Journey book by Heather Morris and you'll earn 50c in Boomerang Bucks loyalty dollars (you must be a Boomerang Books Account Holder - it's free to sign up and there are great benefits!)

4.5?s “What you are doing, Cilka, is the only form of resistance you have – staying alive. You are the bravest person I have ever known, I hope you know that.”

Cilka’s Journey is the second novel by Australian author, Heather Morris and is a sequel to The Tattooist of Auschwitz, featuring one of the secondary characters from that story, Cecelia Klein (Cilka). When Russian soldiers liberated Birkenau in January of 1945, Cilka hardly dared believe her ordeal was over. And it seemed that it wasn't.

The Russian agency overseeing the camp quoted from a report on Cilka stating that she collaborated with the Nazis (a position of privilege in a concentration camp, double-edged sword that it is, is bound to engender resentment). For this, she was found to be an enemy of the Russian state and a spy, and was sentenced to fifteen years’ hard labour, to be served at Vorkuta Gulag in northern Siberia.

Even though she had already experienced much of what the were being subjected to, it seemed, at first, that each new day brought some fresh hell. Wary of doing anything that might set her apart as in Birkenau, Cilka hesitated when a doctor at the short-staffed hospital, impressed by her languages and her speed of learning, encouraged her to train there as a nurse. When she reluctantly agreed, she made sure to share any advantage her position gave her with the women in her hut.

While Morris never got to interview Cilka the way she did Lale for the Tattooist of Auschwitz, her research is clearly extensive, and she explains in her notes that the story is fiction built on the bones of fact. War, like any adversity, brings out the worst and the best in people. Thus we see that these women, as prisoners of war and as political prisoners, are subjected to deprivation, cruelty and abuse; we also see that some go out of their way to show kindness and care to others.

Morris touches on the murky subject of collaborators (and the stigma attached thereto) if indeed the behaviour of a sixteen year old Jewish girl in a concentration camp, in fear of her life, who is put into an unsolicited position of authority and has to endure regular sexual assault by German officers, could be ever be deemed, as Cilka’s was by the Russians, as collaboration. Could any of us say how we might act, put in the same position? What is clear is that Cilka was resilient and very courageous. A moving and thought-provoking read. This unbiased review is from an uncorrected proof copy provided by NetGalley and St Martin’s Press and Echo Publishing

Three Sisters: A breath-taking new novel in The Tattooist of Auschwitz story
$26.39 $32.99

Stories of Hope: From the bestselling author of The Tattooist of Auschwitz
$36.06 $40.07