A forbidden romance. A deadly plague. Earth's fate hinges on one girl . . . Cinder, a gifted mechanic in New Beijing, is also a cyborg. She's reviled by her stepmother and blamed for her stepsister's sudden illness. But when her life becomes entwined with the handsome Prince Kai's, she finds herself at the centre of a violent struggle between the desires of an evil queen - and a dangerous temptation. Cinder is caught between duty and freedom, loyalty and betrayal. Now she must uncover secrets about her mysterious past in order to protect Earth's future.

» Have you read this book? We'd like to know what you think about it - write a review about Cinder (The Lunar Chronicles Book 1) book by Marissa Meyer and you'll earn 50c in Boomerang Bucks loyalty dollars (you must be a Boomerang Books Account Holder - it's free to sign up and there are great benefits!)

Cinder is phenomenal from start to finish, not that you’d expect anything else from Marissa Meyer – the real name of Sailor Moon fan-fiction extraordinaire Alicia Blade! Every page of this futuristic retelling of Cinderella sparkles with love and intelligence and wit and enchantment. The dialogue between the characters is exceptionally written, and the plot is intricate and full of surprises. The protagonist, Cinder, is instantly likeable and entertaining. New Beijing is a richly described and well-built setting. Marissa Meyer is one heck of a storyteller. I couldn’t turn the pages fast enough. I can’t believe book two is an entire year away!

Cinder is a futuristic retelling of one of our most well-loved fairy tales. It's set in the Eastern Commonwealth sometime after World War IV, where a deadly plague known as Letumosis has ravaged New Beijing for years without cure. Cinder is a young cyborg who suffered a terrible accident when she was 11, resulting in a surgery that transformed a portion of her body into more metal and wires than flesh and bone. Cyborgs rank second-class among humans and such prejudice rings prominent in Cinder's stepmother, Adri. Cinder is a gifted mechanic, who longs for freedom from her wicked stepmother. When the Prince of New Beijing, Kaito, asks Cinder to fix his android that may hold data that could free them all from the overthrows of another planet, her quiet, miserable life turns on a head as she's swept up in an adventure rife with danger, treachery and forbidden attraction.

Cinder is such an admirable heroine. She's strong, loyal and determined. I really felt a strong bond with her, my own emotions going haywire with her own. I love when I'm able to connect with characters on such an intimate level. In fact, you really feel for every character, whether love, affection, respect or repulsion. Iko, Cinder's android friend, was an absolute joy and had me giggling aloud so many times! The relationship between Cinder and Kai was one of the highlights, a true friendship grew between them. An attraction so honest and lovely, a chemistry so strong and sweet, they nestled themselves into the crook of my heart both as partners and as individuals.

Reading from both Cinder and Kai's point of view gave a greater perspective on what was happening on both a personal and a political level. From Kai, not only does he charm you with his personality and ground himself as an honest, flawed, genuine hero, but given his position, we were able to see more of Queen Levana. The deceptively beautiful Queen of Lunar. The Lunars were such an interesting touch to the story. They're a society that reside on the moon, a fascinating, if not creepy human-like race with unsettling abilities. Earth and Luna are on the brink of a war. The one way to prevent this? Prince Kai accepting Queen Levana's hand in marriage.... but having an evil, calculating villain share control over humanity isn't much of a step-up from war.

The futuristic society was so well imagined and the way in which Marissa incorporated the original tale of Cinderella was fantastic. It was like visiting an old friend you haven't seen since childhood - they're taller, older and much hotter, but there is still that friendly wave of familiarity underneath. Cinder still held onto the essence of the fairy tale, but was so inventive and original in it's own right.

Marissa Meyer has written an imaginative new series that brings your favourite fairy tales to life with renewed vigor. A beautifully crafted cast of characters, thrilling futuristic society, page-turning mystery, heartwarming romance and a dash of magic, are all what make this such a compulsively readable novel. I think it'll be one of the standouts of 2012!

Marissa Meyer lives in Tacoma, Washington, with her fiance and their two cats. Marissa enjoys road-tripping, wine-tasting, and hunting for priceless treasures at antique shops. 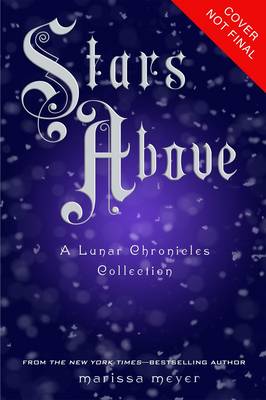 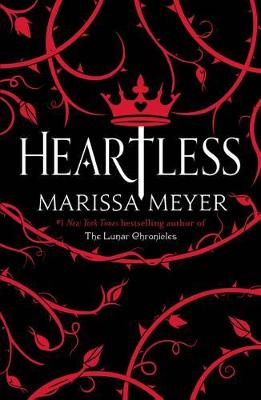 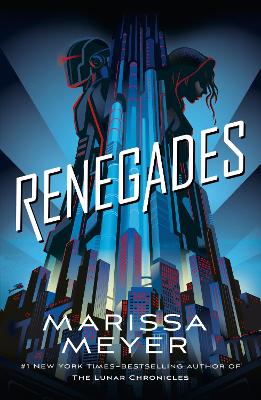