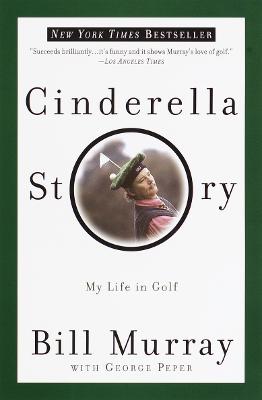 Cinderella Story: My Life in Golf

Description - Cinderella Story: My Life in Golf by George Peper

One of the funniest, most beloved, and most often quoted entertainers in the world tells his tale of Life and Golf--and of somehow surviving both.

With his brilliant creation, groundskeeper Carl Spackler, and the outrageous success of the film Caddyshack firmly etched into the American consciousness, Bill Murray and golf have become synonymous. Filled with Murray's trademark deadpan and dead-on humor, Cinderella Story chronicles his love affair with golf from the life lessons he learned as a caddy--"how to smoke, curse, play cards. But more important, when to"--to his escapades on the Pro-Am golf circuit at the Augusta National and as a fan at the Masters, the U.S. Open, and the Western Open. An up-by-the-bootstraps tale of a man, his muse, and our society's fascination with a little white ball, Cinderella Story is one pilgrim's bemused path through the doglegs.

» Have you read this book? We'd like to know what you think about it - write a review about Cinderella Story: My Life in Golf book by George Peper and you'll earn 50c in Boomerang Bucks loyalty dollars (you must be a Boomerang Books Account Holder - it's free to sign up and there are great benefits!)

Bill Murray has starred in over thirty movies, including Kingpin, Ed Wood, Scrooged, Cradle Will Rock and the upcoming Hamlet. Recipient of the New York Film Critics Circle and Los Angeles Film Critics Association awards for best supporting actor of 1998 for his work in Rushmore, Bill wrote the screenplay of and starred in The Razor's Edge and produced and directed Quick Change. Born and raised in Wilmette, Illinois, he now makes his home in the New York metropolitan area. George Peper is Editor-in-Chief of Golf magazine and the author of ten nonfiction golf books. He also lives in the New York metropolitan area.

A Preview for this title is currently not available.
More Books By George Peper
View All