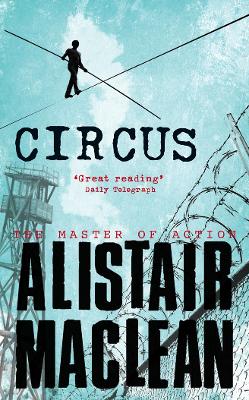 Reissue of the classic tale of espionage set in Cold War Europe, where the world's greatest circus acrobat must break into an impenetrable fortress, from the acclaimed master of action and suspense.

Bruno Wildermann of the Wrinfield Circus is the world's greatest trapeze artist, a clairvoyant with near-supernatural powers and an implacable enemy of the East European regime that arrested his family and murdered his wife.

The CIA needs such a man, and recruits Bruno for an impossible raid - on the impreganble Lubylan fortress, where his family his held.

Under cover of a circus tour, Bruno prepares to return to his homeland. But before the journey even begins a murderer strikes twice. Somewhere in the circus there is a communist agent with orders to stop Bruno at any cost...


Other Editions - Circus by Alistair MacLean 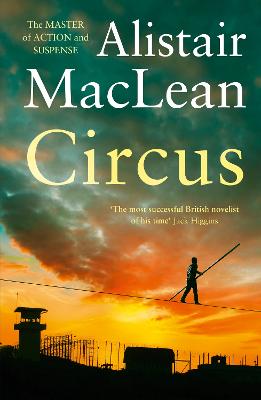 » Have you read this book? We'd like to know what you think about it - write a review about Circus book by Alistair MacLean and you'll earn 50c in Boomerang Bucks loyalty dollars (you must be a Boomerang Books Account Holder - it's free to sign up and there are great benefits!)

Alistair MacLean, the son of a Scots minister, was brought up in the Scottish Highlands. In 1941 he joined the Royal Navy. After the war he read English at Glasgow University and became a schoolmaster. The two and a half years he spent aboard a wartime cruiser were to give him the background for HMS Ulysses, his remarkably successful first novel, published in 1955. He is now recognized as one of the outstanding popular writers of the 20th century, the author of 29 worldwide bestsellers, many of which have been filmed.

A Preview for this title is currently not available.
More Books By Alistair MacLean
View All