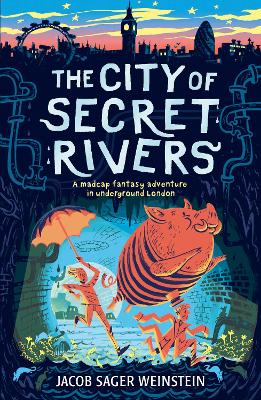 The City of Secret Rivers

Description - The City of Secret Rivers by Jacob Sager Weinstein

An exciting subterranean London adventure, the first in a middle-grade trilogy. Hyacinth Hayward has recently arrived from America and is having difficulty adjusting to her new surroundings, especially being in the sole company of her eccentric mother. Everything feels strange. Very strange. And it gets stranger the day she accidentally unleashes the power of a secret river running through London. To prevent a second Great Fire, Hyacinth needs to retrieve a single, magically charged drop of water from somewhere in the city sewer system. Along the way she encounters an eclectic cast of characters - the shambling, monstrous Saltpetre Men who kidnap her mother, the Toshers who battle for control of magical artefacts and a giant pig with whom she has a tea party. The clock is ticking - will she figure out who to trust?

Other Editions - The City of Secret Rivers by Jacob Sager Weinstein 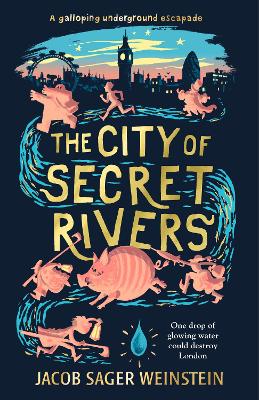 » Have you read this book? We'd like to know what you think about it - write a review about City of Secret Rivers book by Jacob Sager Weinstein and you'll earn 50c in Boomerang Bucks loyalty dollars (you must be a Boomerang Books Account Holder - it's free to sign up and there are great benefits!)


A Preview for this title is currently not available.
More Books By Jacob Sager Weinstein
View All