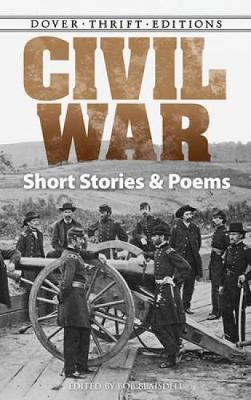 Compiled by an expert on Civil War literature, this anthology offers an outstanding selection of short works. Includes stories and poems by Whitman, Melville, Longfellow, Bierce, Alcott, Twain, Whittier, and many others. This anthology commemorates the 150th anniversary of the American Civil War with reflections from both sides of the conflict. Compiled by an expert in the literature of the era, the poems and short stories appear in chronological order. They trace the war's progress and portray a gamut of moods, from the early days of eagerness to confront the foe to long years of horror at the ongoing carnage and sad relief at the struggle's end. Selections include the poetry of Walt Whitman, John Greenleaf Whittier, and Henry Wadsworth Longfellow; observations by Herman Melville and Louisa May Alcott; and noteworthy fiction by Ambrose Bierce ("An Occurrence at Owl Creek Bridge") and Mark Twain ("A True Story, Repeated Word for Word, As I Heard It"). Lesser-known writers, many of them anonymous, offer heartfelt testimonials and eyewitness accounts from battlefields and the homefront. 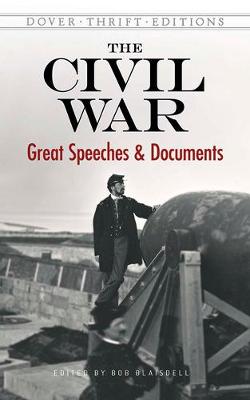 » Have you read this book? We'd like to know what you think about it - write a review about Civil War book by Bob Blaisdell and you'll earn 50c in Boomerang Bucks loyalty dollars (you must be a Boomerang Books Account Holder - it's free to sign up and there are great benefits!)

Bob Blaisdell is the editor of numerous Dover thrift editions and other books and is an English professor at the City University of New York's Kingsborough College.