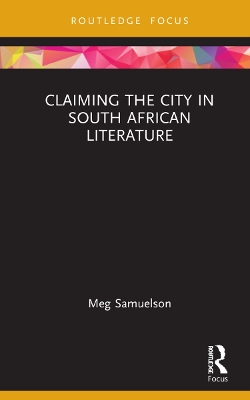 This book demonstrates the insights that literature brings to transdisciplinary urban studies, and particularly to the study of cities of the South. Starting from the claim staked by mining capital in the late nineteenth century and its production of extractive and segregated cities, it surveys over a century of writing in search of counterclaims through which the literature reimagines the city as a place of assembly and attachment. Focusing on how the South African city has been designed to funnel gold into the global economy and to service an enclaved minority, the study looks to the literary city to advance a contrary emphasis on community, conviviality and care.

An accessible and informative introduction to literature of the South African city at significant historical junctures, this book will also be of great interest to scholars and students in urban studies and Global South studies.

» Have you read this book? We'd like to know what you think about it - write a review about Claiming the City in South African Literature book by Meg Samuelson and you'll earn 50c in Boomerang Bucks loyalty dollars (you must be a Boomerang Books Account Holder - it's free to sign up and there are great benefits!)


A Preview for this title is currently not available.
More Books By Meg Samuelson
View All