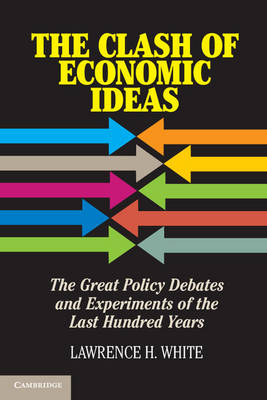 The Clash of Economic Ideas

The Great Policy Debates and Experiments of the Last Hundred Years

Description - The Clash of Economic Ideas by Lawrence H. White

The Clash of Economic Ideas interweaves the economic history of the last hundred years with the history of economic doctrines to understand how contrasting economic ideas have originated and developed over time to take their present forms. It traces the connections running from historical events to debates among economists, and from the ideas of academic writers to major experiments in economic policy. The treatment offers fresh perspectives on laissez faire, socialism and fascism; the Roaring Twenties, business cycle theories and the Great Depression; Institutionalism and the New Deal; the Keynesian Revolution; and war, nationalization and central planning. After 1945, the work explores the postwar revival of invisible-hand ideas; economic development and growth, with special attention to contrasting policies and thought in Germany and India; the gold standard, the interwar gold-exchange standard, the postwar Bretton Woods system and the Great Inflation; public goods and public choice; free trade versus protectionism; and finally fiscal policy and public debt.

Other Editions - The Clash of Economic Ideas by Lawrence H. White 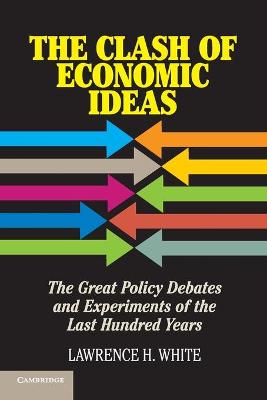 » Have you read this book? We'd like to know what you think about it - write a review about Clash of Economic Ideas book by Lawrence H. White and you'll earn 50c in Boomerang Bucks loyalty dollars (you must be a Boomerang Books Account Holder - it's free to sign up and there are great benefits!)

Lawrence H. White is Professor of Economics at George Mason University, Fairfax, Virginia. He previously taught at New York University, the University of Georgia and the University of Missouri, St Louis. Best known for his work on monetary thought and alternative monetary institutions, his books include Free Banking in Britain, 2nd edition (2009), The Theory of Monetary Institutions (1999) and Competition and Currency (1992) and he has edited six other volumes primarily in finance and financial history. His writing has appeared in The Wall Street Journal and in leading economics journals such as the American Economic Review and the Journal of Economic Literature. Professor White is featured in three online videos discussing the business cycle theory of F. A. Hayek, produced by econstories.tv in connection with their popular Keynes vs. Hayek rap video 'Fear the Boom and Bust'. He is co-editor of the online journal Econ Journal Watch and hosts the bimonthly Econ Journal Watch Audio podcasts. Professor White received the 2008 Distinguished Scholar Award of the Association for Private Enterprise Education. He holds a Ph.D. in economics from the University of California, Los Angeles.

A Preview for this title is currently not available.
More Books By Lawrence H. White
View All