The fully revised second edition of this successful volume includes
updates on the latest archaeological research in all chapters, and
two new essays on Greek and Roman art. It retains its unique,
paired essay format, as well as key contributions from leading
archaeologists and historians of the classical world.

Second edition is updated and revised throughout, showcasing
the latest research and fresh theoretical approaches in classical
archaeology

Features paired essays ? one covering the Greek world,
the other, the Roman ? to stimulate a dialogue not only
between the two ancient cultures, but between scholars from
different historiographic and methodological traditions 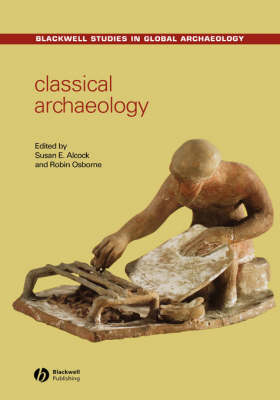 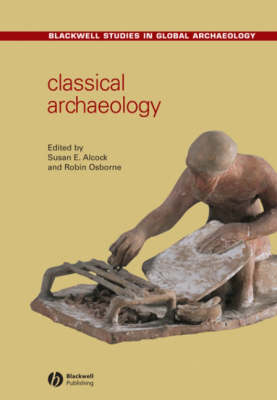 » Have you read this book? We'd like to know what you think about it - write a review about Classical Archaeology book by Susan E. Alcock and you'll earn 50c in Boomerang Bucks loyalty dollars (you must be a Boomerang Books Account Holder - it's free to sign up and there are great benefits!)

Susan E. Alcock is Director of the Joukowsky Institute forArchaeology and the Ancient World and Professor of Classics,Anthropology and Archaeology at Brown University. Her recent booksinclude Archaeologies of the Greek Past: Landscape, Monumentsand Memory (2001) and Side-by-Side Survey: ComparativeRegional Analysis in the Mediterranean Region (with John F.Cherry, 2004). Robin Osborne is Professor of Ancient History at theUniversity of Cambridge and Fellow of King's College. His recentbooks include Archaic and Classical Greek Art (1998),Greek Historical Inscriptions 404 323 B.C. (with P. J.Rhodes, 2003), Greek History (2004), Athens and AthenianDemocracy (2010) and The History Written on the ClassicalGreek Body (2011).

A Preview for this title is currently not available.
More Books By Susan E. Alcock
View All