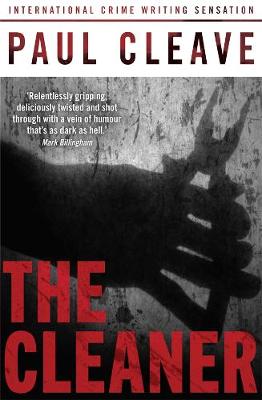 Description - The Cleaner by Paul Cleave

Surprising and compelling, this powerfully written novel is a terrifyingly vivid rendering of the mind of a serial killer.

Meet Joe. He's a nice guy out to catch a copycat killer. The one copying himself. Joe is in control of everything in his simple life, including both his day job at the police department and his 'night work'. He remembers to feed his fish twice a day and visit his mother at least once a week, although he occasionally peppers her coffee with rat poison. He is not bothered by the reports of The Christchurch Carver, who - they say - murdered seven women. Joe knows the carver has killed only six. He knows that for a fact. And Joe is going to find that copycat killer, punish him for the one murder and then frame him for the rest.

It's a perfect plan because he already knows he can outwit the police. All he has to do now is take care of all the women who keep getting in his way - his domineering mother for one. Then there is Sally, the maintenance worker who sees him as a replacement for her dead brother, and the mysterious Melissa, the only woman to have ever understood him, but whose fantasies of blackmail and torture no longer have any place in Joe's investigation...

Other Editions - The Cleaner by Paul Cleave 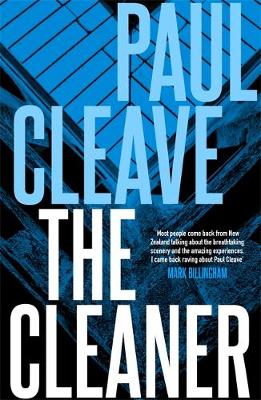 » Have you read this book? We'd like to know what you think about it - write a review about Cleaner book by Paul Cleave and you'll earn 50c in Boomerang Bucks loyalty dollars (you must be a Boomerang Books Account Holder - it's free to sign up and there are great benefits!)

Paul Cleave is an internationally bestselling author who is currently dividing his time between his home city of Christchurch, New Zealand, where all of his novels are set, and Europe, where none of his novels are set. He is the author of eight novels - The Cleaner, The Killing House, Cemetery Lake, Blood Men, Collecting Cooper , The Laughterhouse, Joe Victim and Five Minutes Alone - and his work has been translated into fifteen languages. He has won the Ngaio Marsh Award for best New Zealand crime novel, he won the Saint-Maur book festival's crime novel of the year in France, has been shortlisted for the Edgar Award and the Barry Award in the US, has been shortlisted for the Ned Kelly Award in Australia, and has hit the #1 spot on Amazon in three different countries. When he's not writing, he's trying to add to his list of nearly 30 countries where he's thrown his Frisbee.

A Preview for this title is currently not available.
More Books By Paul Cleave
View All