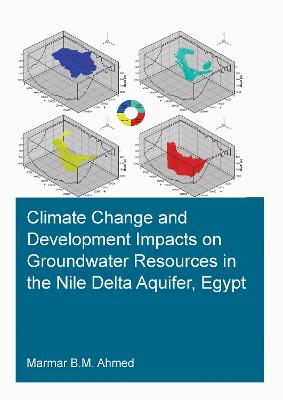 Climate change is likely to continue to have severe impacts, including sea level rise. At the same time, population increase and development imperatives create additional pressure on available water resources. These changes are problematic for the Mediterranean coastal areas and especially the Nile Delta coast. Particular focus of this study is on salinization of groundwater resources in the Nile Delta Aquifer (NDA) due to saltwater intrusion. To assess current conditions and develop future adaptation strategies for the NDA, a 3D model simulating regional variable-density groundwater flow and coupled salt transport was constructed based on available data set, using the SEAWAT code. A method for identification of the most representative model has been developed, based on testing different simulation periods during which the NDA has 'evolved' from completely fresh groundwater conditions to conditions representative for the year 2010.This model was then applied to analyze possible future NDA conditions under several predefined scenarios of sea level rise and groundwater extraction. This analysis indicated that the impacts from further extractions of groundwater on availability of fresh groundwater in the aquifer are more significant compared to those from sea level rise. Furthermore, three different adaptation measures and their impacts in the Sharkeya Nile Delta governorate were tested. It was shown that that changing crop types and irrigation practices towards water saving options seem to be more promising than artificial recharge with injection wells or extraction and usage of brackish groundwater after desalination. The developed model is useful for further Water-Food Nexus studies.

» Have you read this book? We'd like to know what you think about it - write a review about Climate Change and Development Impacts on Groundwater Resources in the Nile Delta Aquifer, Egypt book by Marmar Badr Mohamed Ahmed and you'll earn 50c in Boomerang Bucks loyalty dollars (you must be a Boomerang Books Account Holder - it's free to sign up and there are great benefits!)