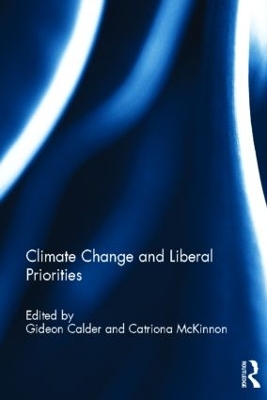 Can, and should, liberalism make itself hospitable to a politics which does justice to climate change? To what extent are the values, methods, and assumptions of liberalism adaptable to the challenges raised? Liberal thinking -- broadly construed -- may dominate the Academy and the political landscape. Are the environmental priorities that are thrown into relief by climate change a threat to it, or are they an opportunity for it to show its worth? This book explores fresh arguments by leading scholars, both of whom are sceptical of liberalism's capacity to meet these challenges, and sympathetic to the project of developing liberal values so as to create a liberal approach that can deliver climate change justice. The chapters appeal to new insights and considerations reveal the complexity of the issues at stake in the real world of climate change politics. They make the political theory of climate change justice available to decision-makers whose practice will determine whether we achieve it. This book was previously published as a special issue of Critical Review of International Social and Political Economy.

Other Editions - Climate Change and Liberal Priorities by Gideon Calder » Have you read this book? We'd like to know what you think about it - write a review about Climate Change and Liberal Priorities book by Gideon Calder and you'll earn 50c in Boomerang Bucks loyalty dollars (you must be a Boomerang Books Account Holder - it's free to sign up and there are great benefits!)

Catriona McKinnon is Professor of Political Theory at the University of Reading. She is the author of Liberalism and the Defence of Political Constructivism (2002), Toleration: A Critical Introduction (2006), and Climate Change and Future Justice: Precaution, Compensation and Triage (2011). She has published widely on liberal theory, toleration, equality, and issues in applied political theory, and is currently working on liberal approaches to climate change justice. Gideon Calder is Reader in Ethics and Social Philosophy at the University of Wales, Newport. He has written two books on Richard Rorty's philosophy, and is co-editor of Liberalism and Social Justice (2000), Citizenship Acquisition and National Belonging (2009), Diversity in Europe: Dilemmas of Differential Treatment in Theory and Practice (2011), and the forthcoming 'Changing Directions of the British Welfare State'. He is currently writing a book on democracy.

A Preview for this title is currently not available.
More Books By Gideon Calder
View All

The Routledge Handbook of the Philosophy of Childhood and Children
$83.15 $83.99