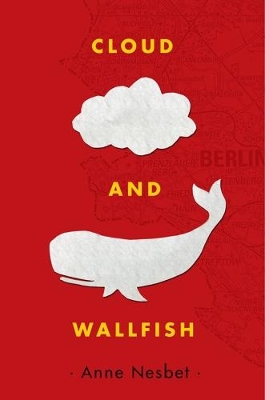 Slip behind the Iron Curtain into a world of smoke, secrets, and lies in this stunning novel where someone is always listening and nothing is as it seems.

Noah Keller has a pretty normal life, until one wild afternoon when his parents pick him up from school and head straight for the airport, telling him on the ride that his name isn't really Noah and he didn't really just turn eleven in March. And he can't even ask them why - not because of his Astonishing Stutter, but because asking questions is against the newly instated rules. (Rule Number Two: Don't talk about serious things indoors, because Rule Number One: They will always be listening). As Noah-now "Jonah Brown"-and his parents head behind the Iron Curtain into East Berlin, the rules and secrets begin to pile up so quickly that he can hardly keep track of the questions bubbling up inside him: Who, exactly, is listening - and why? When did his mother become fluent in so many languages? And what really happened to the parents of his only friend, Cloud-Claudia, the lonely girl who lives downstairs? In an intricately plotted novel full of espionage and intrigue, friendship and family, Anne Nesbet cracks history wide open and gets right to the heart of what it feels like to be an outsider in a world that's impossible to understand.

Other Editions - Cloud and Wallfish by Anne Nesbet » Have you read this book? We'd like to know what you think about it - write a review about Cloud and Wallfish book by Anne Nesbet and you'll earn 50c in Boomerang Bucks loyalty dollars (you must be a Boomerang Books Account Holder - it's free to sign up and there are great benefits!)

Anne Nesbet is the author of the novels The Cabinet of Earths, A Box of Gargoyles, and The Wrinkled Crown. Her books have received starred reviews and have been selected for the Kids' Indie Next List, Chicago Public Library's Best of the Best list, and the Bank Street College Best Children's Books of the Year list. An associate professor at the University of California, Berkeley, Anne Nesbet lives with her family in the San Francisco Bay Area.

A Preview for this title is currently not available.
More Books By Anne Nesbet
View All