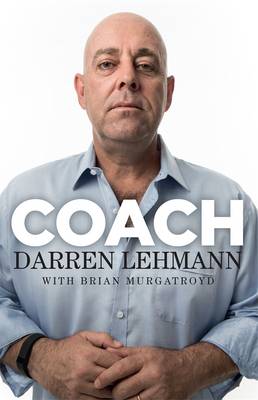 This is a book that is a must-read for everyone keen to get an insight into how a world-class sporting team ticks.

Former Australia captain Ian Chappell once said- 'An international coach is something the Australian team travels in around England.'

It is a view that has plenty of subscribers. After all, by the time players reach first-class or certainly international level, surely they shouldn't need to be told how to play, should they?

Which begs the question- what does the coach of an international cricket team actually do and why has the role assumed such importance in the modern game of cricket?

In this candid insight from inside the bubble of the 2015 ICC Cricket World Cup champions, Australia's head coach Darren Lehmann - also a two-time Cricket World Cup winner as a player - details what his job involves and explains his coaching philosophy, a philosophy fashioned both during his illustrious playing career alongside some of the game's all-time greats such as Stephen Waugh, Shane Warne, Adam Gilchrist, Ricky Ponting and Glenn McGrath, and also through two significant and shattering brushes with tragedy - the deaths of his mentor David Hookes and young Australia batsman Phillip Hughes.

This book traces Darren's path to the top coaching job in Australian cricket, delves into the areas of man-management - including getting the best out of so-called maverick players - examines the coach's pivotal relationship with his captain, dealing with the mental side of the game and the media, and the highs and lows of the role, as well as addressing the issues of pressure, maintaining a team's hunger and the part luck plays in success or failure.

This is a book that is a must-read for everyone keen to get an insight into how a world-class sporting team ticks.

Other Editions - Coach by Darren Lehmann 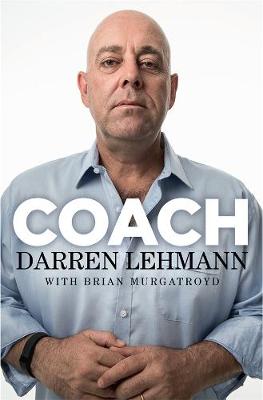 » Have you read this book? We'd like to know what you think about it - write a review about Coach book by Darren Lehmann and you'll earn 50c in Boomerang Bucks loyalty dollars (you must be a Boomerang Books Account Holder - it's free to sign up and there are great benefits!)

Darren Lehmann is a former Australian cricketer and current coach of the Australian Cricket Team. He played domestic cricket for his home state, South Australia, as well as for Yorkshire in England. He had great success as a player for both teams and he captained them both. In June 2013, he was appointed as head coach of Australia, replacing Mickey Arthur. Brian Murgatroyd has been working as a print journalist, broadcaster and cricket administrator for more than 25 years. He has worked for leading news agencies Reuters and Agence France Presse, had two spells at leading United Kingdom broadcaster Sky Sports in its cricket production unit, served as media manager to both the England and Wales Cricket Board and Cricket Australia, commentated on various sports, including football, golf, tennis, beach soccer and cricket, for television and radio, and has previously written four books - three with ex-Australia captain Ricky Ponting and one with former England captain Alec Stewart. Brian also worked as the ICC's head of media and communications for four years and has worked at every ICC Cricket World Cup since 1992. He lives in Dubai with his wife and daughter.

A Preview for this title is currently not available.
More Books By Darren Lehmann
View All