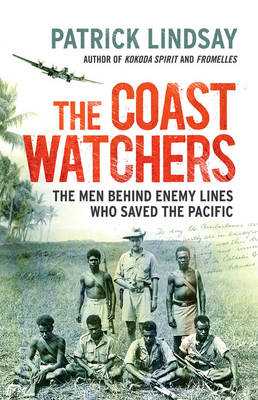 " They watched and warned and died that we might live. (Inscription on the Coastwatcher Memorial at Madang, PNG)"

"After Pearl Harbor, Japan swept unchecked through the Pacific. But a tiny band of brave men stayed behind the enemy lines. Aided by loyal islanders, they watched and they warned. They were the Coast Watchers. They saved countless lives - including that of future US President John F. Kennedy - and they changed the course of the Pacific War. They knew capture meant certain execution but, while the Japanese hunted them, they moved and hid in the jungle, taking their cumbersome teleradios with them (equipment that took more than a dozen men to transport). They warned of Japanese air strikes, reported on the movements of their shipping and troops, and saved scores of downed airmen. Their reports gave vital warning time to the Allies and allowed them to take a decisive toll on the enemy. The famed American admiral, William 'Bull' Halsey summed it up- Guadalcanal saved the Pacific, and the Coast Watchers saved Guadalcanal. "

» Have you read this book? We'd like to know what you think about it - write a review about Coast Watchers book by Patrick Lindsay and you'll earn 50c in Boomerang Bucks loyalty dollars (you must be a Boomerang Books Account Holder - it's free to sign up and there are great benefits!)

After a long career as a print and television journalist, Patrick Lindsay is now one of Australia's leading non-fiction authors. Among his many bestsellers are The Spirit of Kokoda, The Spirit of The Digger, Back From the Dead, The Spirit of Gallipoli, Heart of a Champion, Cosgrove - Portrait of a Leader, Fromelles and Kokoda Spirit. Prior to writing fulltime, Patrick had leading roles on the Nine and Seven Networks. He lives in Sydney with his wife Lisa Cotton and has three grown-up children, Nathan, Kate and Sarah.

A Preview for this title is currently not available.
More Books By Patrick Lindsay
View All

The Interest of Scotland Considered, with Regard to Its Police in Imploying of the Poor, Its Agriculture, Its Trade, Its Manufactures, and Fisheries.
$56.95 $63.28