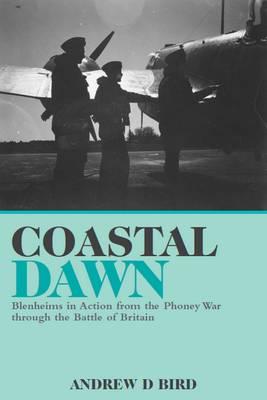 In 1940, the defence of Great Britain rested with a handful of volunteer aircrew, Churchill's 'few'. Overshadowed in later folklore by the more famous Spitfire and Hurricane pilots, there were other pilots, observers and air gunners - just as courageous - flying the Bristol Blenheim MKIV-F. The future of the country and arguably that of the free world depended also on their skill, morale and sacrifice. Remarkably little has been chronicled of these men and their aircraft - the 'Trade Protection' squadrons formed by Hugh Dowding - allotted to 11 Group in October 1939. The aircraft's range and endurance made it suitable for defence of coastal shipping against attack on the southern and eastern shores of Britain, and for operations further afield. Indeed during bitter fighting casualties among Numbers 235, 236, 248 and 254 Squadron Blenheims were high on operations over Norway, Holland, France, Dunkirk and then the Battle of Britain where the Blenheims were completely outclassed by Messerschmitt 109 and 110 fighters and fell easy victims, scythed from the sky. But the record of the aircraft and their crew was an immensely proud one. Drawing on contemporary diaries, periodicals, letters, logbooks, memoirs and interviews with survivors, lauded historian Andy Bird reassesses the vital role they played and repositions it in history. In doing so, he justifiably embraces the heroes we have left behind.

» Have you read this book? We'd like to know what you think about it - write a review about Coastal Dawn book by Andrew_D Bird and you'll earn 50c in Boomerang Bucks loyalty dollars (you must be a Boomerang Books Account Holder - it's free to sign up and there are great benefits!)