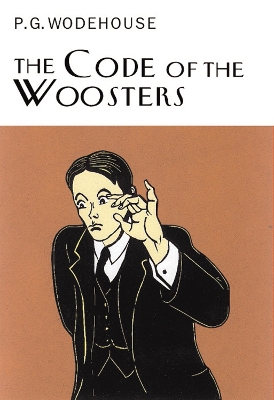 The Code Of The Woosters

Description - The Code Of The Woosters by P.G. Wodehouse

Nothing but trouble can ensue when Bertie Wooster's Aunt Dahlia instructs him to steal a silver jug from Totleigh Towers, home of magistrate and hell-hound, Sir Watkin Bassett. First he must face the peril of Sir Watkin's droopy daughter, Madeleine, and then the terrors of would-be Dictator, Roderick Spode and his gang of Black Shorts. But when duty calls, Bertram answers, and so there follows what he himself calls the 'sinister affair of Gussie Fink-Nottle, Madeleine Bassett, old Pop Bassett, Stiffy Byng, the Rev. H. P. ('Stinker') Pinker, the eighteenth-century cow-creamer and the small, brown, leather-covered notebook'. In a plot with more twists than an English country lane, it takes all the ingenuity of Jeeves to extract his master from the soup again.

Buy The Code Of The Woosters by P.G. Wodehouse from Australia's Online Independent Bookstore, Boomerang Books.

Other Editions - The Code Of The Woosters by P.G. Wodehouse 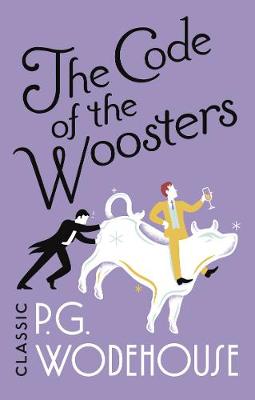 Book Reviews - The Code Of The Woosters by P.G. Wodehouse

» Have you read this book? We'd like to know what you think about it - write a review about Code Of The Woosters book by P.G. Wodehouse and you'll earn 50c in Boomerang Bucks loyalty dollars (you must be a Boomerang Books Account Holder - it's free to sign up and there are great benefits!)