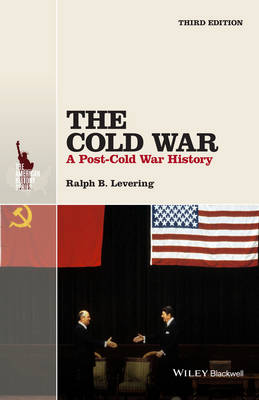 Description - The Cold War by Ralph B. Levering

Now available in a fully revised and updated third edition, The Cold War: A Post-Cold War History offers an authoritative and accessible introduction to the history and enduring legacy of the Cold War.


Thoroughly updated in light of new scholarship, including revised sections on President Nixon's policies in Vietnam and President Reagan's approach to U.S.-Soviet relations

Includes extended coverage of the Cuban Missile Crisis, the most dangerous confrontation of the nuclear age thus far

Other Editions - The Cold War by Ralph B. Levering 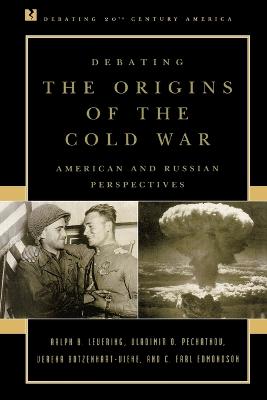 Book Reviews - The Cold War by Ralph B. Levering

» Have you read this book? We'd like to know what you think about it - write a review about Cold War book by Ralph B. Levering and you'll earn 50c in Boomerang Bucks loyalty dollars (you must be a Boomerang Books Account Holder - it's free to sign up and there are great benefits!)

Ralph Levering is Emeritus Professor of History at Davidson College. He is the author or co-author of nine books,, including Debating the Origins of the Cold War: American and Russian Perspectives (2002) and The Kennedy Crises: The Press, the Presidency, and Foreign Policy (1983).

A Preview for this title is currently not available.
More Books By Ralph B. Levering
View All