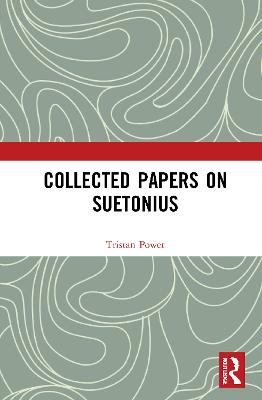 This collection of essays by a leading authority on Suetonius, one of our most significant historical sources for the early Roman Empire, provides an in-depth examination of his works, whose literary value has in the past been overlooked.

Although Suetonius is well known for his Lives of emperors such as Caligula and Nero, he is rarely studied in his own right, aside from grammatical or textual commentaries. This is the first volume by an expert on the author to make him accessible to a wider audience, looking at his biographies not only of emperors but also poets, and discovering new contemporary evidence for Jesus from one of Suetonius' first-century sources. Other writers discussed include Homer, Sophocles, Catullus, Virgil, Horace, Curtius Rufus, Josephus, Plutarch, Pliny the Younger, Tacitus, Juvenal, and Cassius Dio. The book contains thirty-two papers in all, eleven of which are new, which examine Suetonius' neglected historical value and literary skills, and offer textual conjectures on both the Illustrious Men and Lives of the Caesars. It also has a new introduction and represents over a dozen years of research on an essential Latin source for Roman history.

Collected Papers on Suetonius provides an invaluable resource for students and researchers working on Suetonius. It also has broader significance for anyone studying Roman imperial history and culture, Latin literature, and classical historiography.

» Have you read this book? We'd like to know what you think about it - write a review about Collected Papers on Suetonius book by Tristan Power and you'll earn 50c in Boomerang Bucks loyalty dollars (you must be a Boomerang Books Account Holder - it's free to sign up and there are great benefits!)


A Preview for this title is currently not available.
More Books By Tristan Power
View All