The fourth volume of Louis L'Amour's collected short stories features more than forty of the master's greatest adventure tales in a keepsake edition to cherish for generations. This unique collection gathers stories guaranteed to thrill and delight readers again and again, establishing why Louis L'Amour is truly America's favorite storyteller.

Louis L'Amour's tales of adventure cannot be surpassed for sheer storytelling excitement, and they stand as a testament to his legendary appeal. Here are timeless stories of danger and daring, wanderlust and heroism, filled with ordinary men and women facing often insurmountable challenges with courage, dignity, honor-and heart.

Perhaps never before has a single volume contained so many breathtaking thrills: from the down-on-his-luck fortune hunter who risks everything to save a diamond-hunting couple walking straight into a jungle massacre to the mystery "hero" aboard a downed commercial plane dangling six hundred feet above certain doom. You'll trek across the harsh steppes of East Asia with an American widow and her young son among a fierce nomadic warrior people, and you'll relive a harrowing tale of survival at sea against thirst, madness, and the elements as a common seaman redefines extraordinary courage as simply "doing his job."

Whether joining an American captain running a cargo ship through Japanese-controlled waters during World War II, only to find his vessel hijacked by traitorous pirates, or marveling at the resourcefulness of a young woman pushed to the limits of endurance as she flees a killer through a primeval forest, these adrenaline-laced tales of mystery, suspense, murder, and survival never let up and will keep your heart pounding long after the final page.

From those numbering a few intense pages to novella-length works, the tales in this action-packed anthology bear all the trademarks of the master's touch-the historical accuracy, memorable characters, and timeless themes that have earned Louis L'Amour his unique place among American writers.

» Have you read this book? We'd like to know what you think about it - write a review about Collected Short Stories, Vol 4 book by Louis L'Amour and you'll earn 50c in Boomerang Bucks loyalty dollars (you must be a Boomerang Books Account Holder - it's free to sign up and there are great benefits!)

Louis L'Amour is undoubtedly the bestselling frontier novelist of all time. He is the only American-born author in history to receive both the Presidential Medal of Freedom, and the Congressional Gold Medal in honor of his life's work. He has published ninety novels; twenty-seven short-story collections; two works of nonfiction; a memoir, Education of a Wandering Man; and a volume of poetry, Smoke from This Altar. There are more than 300 million copies of his books in print worldwide. 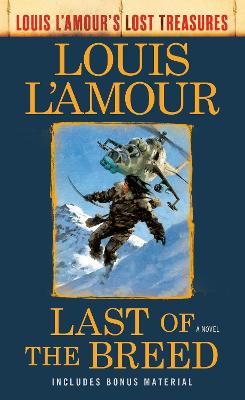 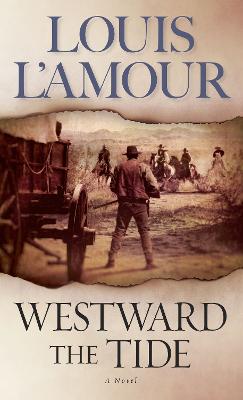