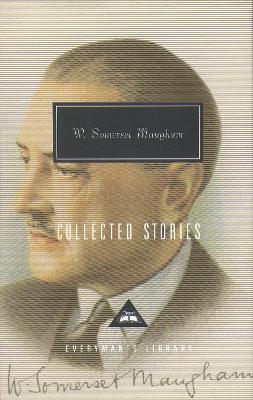 The only hardcover edition of short stories by one of the twentieth century's most enduringly popular fiction writers.

Though W. Somerset Maugham was also famous for his novels and plays, it has been argued that in thethe short story he reached the pinnacle of his artwas his true metier. These expertly told tales, with their addictive plot twists and vividly drawn characters, are both galvanizing as literature and wonderfully entertaining. In the adventures of his alter ego Ashenden, a writer who (like Maugham himself) turned secret agent in World War I, as well as in stories set in such far-flung locales as South Pacific islands and colonial outposts in Southeast Asia, Maugham brings his characters vividly to life, and their humanity is more convincing for the author's merciless exposure of their flaws and failures. Whether the chasms of misunderstanding he plumbs are those between colonizers and natives, between a missionary and a prostitute, or between a poetry-writing woman and her uncomprehending husband, Maugham brilliantly displays his irony, his wit, and his genius in the art of storytelling.

» Have you read this book? We'd like to know what you think about it - write a review about Collected Stories book by W. Somerset Maugham and you'll earn 50c in Boomerang Bucks loyalty dollars (you must be a Boomerang Books Account Holder - it's free to sign up and there are great benefits!)

W. Somerset Maugham was one of the twentieth century's most popular novelists as well as a celebrated playwright, critic, and short story writer. He was born in Paris but grew up in England and served as a secret agent for the British during World War I. He wrote many novels, including the classics Of Human Bondage, Cakes and Ale, Christmas Holiday, The Moon and Sixpence, Theatre, and Up at the Villa.