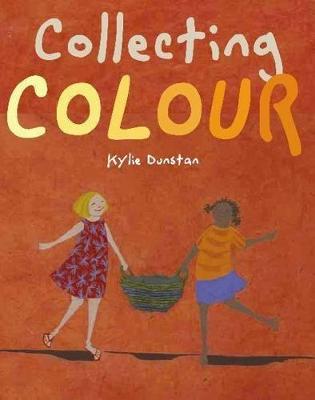 Collecting Colour tells the story of a day spent collecting colour in the Top End of the Northern Territory, narrated by a white Australian girl, Rose. Rose s best friend Olive s mother, Karrang, makes beautiful coloured baskets, mats and bags from leaves from the pandanus palm a tall, thin tree with very long, spiky leaves. Rose and Olive spend a day out bush helping to gather the pandanus leaves and stringy bark for making into strong bags and baskets. They collect the colour that the bags will be bright yellows and pinks, from special plants and berries. It is a hard day s work for Rose, but the results are worth it. Collecting Colour, featuring stunning collage illustrations on Nepalese paper, is a feast for the senses and is also a fascinating insight into the way of life of fibre artists, who produce beautiful, original work in often difficult conditions.Ages: 3+Price: $28.99 HB

» Have you read this book? We'd like to know what you think about it - write a review about Collecting Colour book by Kylie Dunstan and you'll earn 50c in Boomerang Bucks loyalty dollars (you must be a Boomerang Books Account Holder - it's free to sign up and there are great benefits!)

Collecting Colour was inspired by author and illustrator Kylie Dunstan s time spent as an Arts Officer at a community centre in Arnhem Land, Northern Territory. One of her duties was to take the local women out on bush trips to collect pandanus and colour for weaving and dyeing the mats and baskets sold in the Arts Centre. Kylie was born in Broken Hill, New South Wales in 1972, and completed secondary and tertiary (Bachelor of Visual Arts) schooling in Adelaide. She worked for a number of years in commercial art galleries before her twelve-month stint in Gunbalanya (Oenpelli), Arnhem Land. Following this she traveled overseas before returning to Australia and settling in Melbourne where she worked for Museums Australia. In 2004 Kylie received an ASA mentorship and worked with author and illustrator Sally Rippin on the development of Collecting Colour. She relocated to Adelaide with her partner and two young children in 2005.