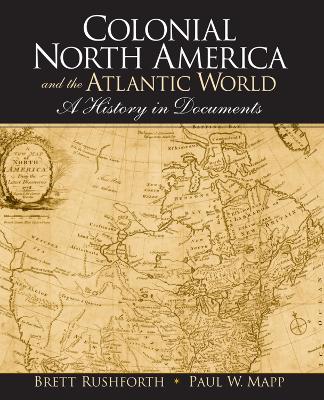 A History in Documents

A comprehensive collection of primary documents for students of early American and Atlantic history, Colonial North America and the Atlantic World gives voice to the men and women?Amerindian, African, and European?who together forged a new world.These compelling narratives address the major themes of early modern colonialism from the perspective of the people who lived at the time: Spanish priests and English farmers, Indian diplomats and Dutch governors, French explorers and African abolitionists. Evoking the remarkable complexity created by the bridging of the Atlantic Ocean, Colonial North America and the Atlantic World suggests that the challenges of globalization?and the growing reality of American diversity?are among the most important legacies of the colonial world. » Have you read this book? We'd like to know what you think about it - write a review about Colonial North America and the Atlantic World book by Brett Rushforth and you'll earn 50c in Boomerang Bucks loyalty dollars (you must be a Boomerang Books Account Holder - it's free to sign up and there are great benefits!)

Brett Rushforth is Assistant Professor of History and director of Native American Studies at Brigham Young University, where he teaches courses on the history of early America, American Indians, and comparative slavery. A former fellow at the Omohundro Institute of Early American History and Culture in Williamsburg, Virginia, he is currently completing a book on the enslavement of American Indians in France's American colonies. Paul Mapp is an Assistant Professor of History at the College of William and Mary, where he teaches courses on colonial North America, the Seven Years' War, the American Revolution, and the Lewis and Clark Expedition. A former fellow at the Omohundro Institute, he is currently completing a book manuscript on the role of the North American West in eighteenth-century international affairs.

A Preview for this title is currently not available.
More Books By Brett Rushforth
View All