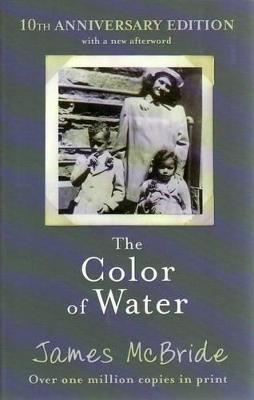 The Color of Water

Description - The Color of Water by James Mcbride

As a boy in Brooklyn, James McBride knew his mother was different. But when he asked her about it, she'd simply say, 'I'm light-skinned.' Later he wondered if he was different too and asked his mother if he was black or white. 'You're a human being,' she snapped. 'Educate yourself or you'll be a nobody!' And when James asked what colour God was, she said, 'God is the color of water'...As an adult, McBride finally persuaded his mother to tell her story - the story of a rabbi's daughter, born in Poland and raised in the South, who fled to Harlem, married a black man, founded a Baptist church and put twelve children through college.THE COLOR OF WATER is James McBride's tribute to his remarkable, eccentric, determined mother - and an eloquent exploration of what family means.

Other Editions - The Color of Water by James Mcbride 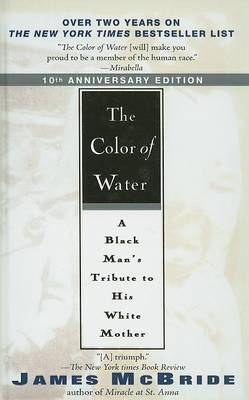 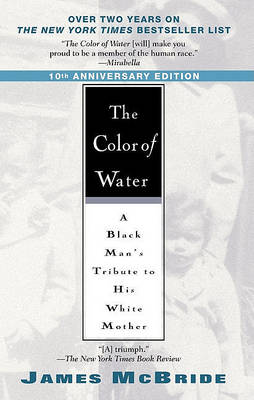 Book Reviews - The Color of Water by James Mcbride

» Have you read this book? We'd like to know what you think about it - write a review about Color of Water book by James Mcbride and you'll earn 50c in Boomerang Bucks loyalty dollars (you must be a Boomerang Books Account Holder - it's free to sign up and there are great benefits!)

James McBride is an accomplished musician and author of the New York Times bestseller, THE COLOR OF WATER. His second book, MIRACLE AT ST ANNA, was optioned for film in 2007 by Black Butterfly Productions with noted American filmmaker Spike Lee directing and co-producing. His next novel, SONG YET SUNG, will be published in 2008. McBride has written for the Washington Post, People, the Boston Globe, Essence, Rolling Stone and the New York Times. He is a graduate of Oberlin College. He was awarded a masters in journalism from New York's Columbia University at the age of twenty-two. McBride holds several honorary doctorates and is a Distinguished Writer in Residence at New York University. McBride lives in Pennsylvania and New York. Previous titles: Song Yet Sung (TPB Mar 08); Miracle at St Anna; The Color of Water

Symmes's Theory of Concentric Spheres: Demonstrating That the Earth Is Hollow, Habitable Within, and Widely Open about the Poles
$88.06 $97.84

Pioneer Biography: Sketches of the Lives of Some of the Early Settlers of Butler County, Ohio
$69.98 $77.76