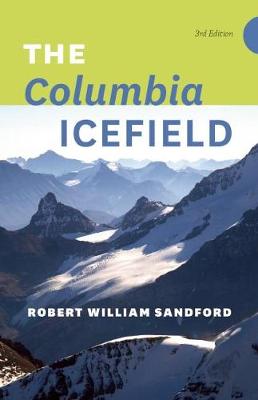 The Columbia Icefield is the largest sub-polar accumulation of glacial ice in North America. Because it is possible to drive to the second largest glacier flowing out of the Columbia Icefield, it is the best-known ice age feature in Canada and a remarkably popular tourist destination. From this amazing and accessible ice mass we can learn a great deal about how water shaped our landscape in the past and how it will shape our civilization in the future.
Despite a century of accelerating recession, the Columbia Icefield is still an incredible geographical feature. It is a high basin of accumulated snow and ice that presently straddles 223 square kilometres, some 86 square miles, of the Great Divide, the stupendous mountain wall that marks the boundary between the provinces of British Columbia and Alberta. It also straddles Banff and Jasper National Parks, contributing significantly to their designations as United Nations World Heritage Sites.
Written by one of Canada's most respected experts on water and water-related climate processes, this remarkable book offers a clear and concise visual overview of the geological history and features of the Columbia Icefield; an outline of human presence in the glaciated landscapes of the mountain West; and a breathtaking photographic tour of one of the world's most amazing landscapes.

Other Editions - The Columbia Icefield by Robert William Sandford 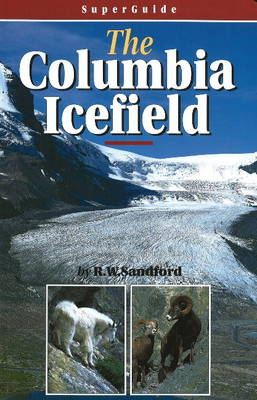 » Have you read this book? We'd like to know what you think about it - write a review about Columbia Icefield book by Robert William Sandford and you'll earn 50c in Boomerang Bucks loyalty dollars (you must be a Boomerang Books Account Holder - it's free to sign up and there are great benefits!)

Robert William Sandford is the EPCOR Chair of the Canadian Partnership Initiative in support of the United Nations "Water for Life" Decade and also sits on the Advisory Committee for the prestigious Rosenberg International Forum on Water Policy. He is a director of the Western Watersheds Climate Research Collaborative, an associate of the Centre for Hydrology at the University of Saskatchewan and a fellow of the Biogeoscience Institute at the University of Calgary. As well, he sits on the advisory board of Living Lakes Canada and is co-chair of the Forum for Leadership on Water and a member of the Advisory Panel for the RBC Blue Water Project. In 2011 he was invited to be an advisor on water issues by the InterAction Council, a global public policy think tank composed of more than 20 former national leaders, including Jean Chretien, Bill Clinton and Vicente Fox. Robert is the author of some 20 books on the history, heritage and landscape of the Canadian Rockies, including Water, Weather and the Mountain West (RMB, 2007), The Weekender Effect: Hyperdevelopment in Mountain Towns (RMB, 2008), Restoring the Flow: Confronting the World's Water Woes (RMB, 2009), Ethical Water: Learning to Value What Matters Most (RMB, 2011), Cold Matters: The State and Fate of Canada's Fresh Water (RMB, 2012), Saving Lake Winnipeg (RMB, 2013), Flood Forecast: Climate Risk and Resiliency in Canada (RMB, 2014), and Storm Warning: Water and Climate Security in a Changing World (RMB, 2015). He is also the co-author of The Columbia River Treaty: A Primer (RMB, 2015) and The Climate Nexus: Water, Food, Energy and Biodiversity (RMB, 2015). Robert lives in Canmore, Alberta.

A Preview for this title is currently not available.
More Books By Robert William Sandford
View All