A Column of Fire

Description - A Column of Fire by Ken Follett

The saga that has enthralled the millions of readers of The Pillars of the Earth and World Without End now continues with Ken Follett's magnificent, gripping A Column of Fire.

Christmas 1558, and young Ned Willard returns home to Kingsbridge to find his world has changed.

The ancient stones of Kingsbridge Cathedral look down on a city torn by religious hatred. Europe is in turmoil as high principles clash bloodily with friendship, loyalty and love, and Ned soon finds himself on the opposite side from the girl he longs to marry, Margery Fitzgerald.

Then Elizabeth Tudor becomes queen and all of Europe turns against England. The shrewd, determined young monarch sets up the country's first secret service to give her early warning of assassination plots, rebellions and invasion plans.

Elizabeth knows that alluring, headstrong Mary Queen of Scots lies in wait in Paris. Part of a brutally ambitious French family, Mary has been proclaimed the rightful ruler of England, with her own supporters scheming to get rid of the new queen.

Over a turbulent half-century, the love between Ned and Margery seems doomed, as extremism sparks violence from Edinburgh to Geneva. With Elizabeth clinging precariously to her throne and her principles, protected by a small, dedicated group of resourceful spies and courageous secret agents, it becomes clear that the real enemies - then as now - are not the rival religions.

The true battle pitches those who believe in tolerance and compromise against the tyrants who would impose their ideas on everyone else - no matter the cost.

Other Editions - A Column of Fire by Ken Follett 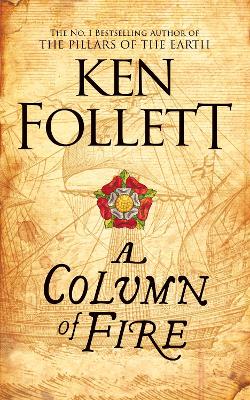 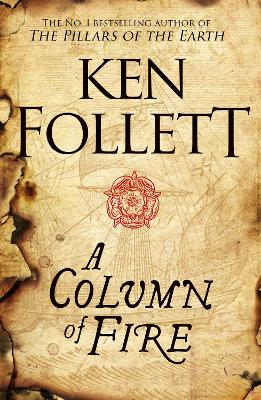 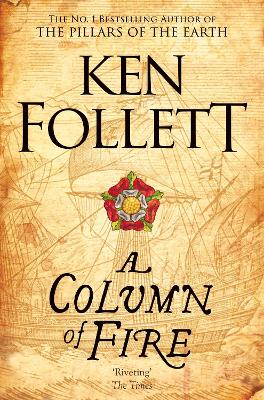 Book Reviews - A Column of Fire by Ken Follett

» Have you read this book? We'd like to know what you think about it - write a review about Column of Fire book by Ken Follett and you'll earn 50c in Boomerang Bucks loyalty dollars (you must be a Boomerang Books Account Holder - it's free to sign up and there are great benefits!)

Ken Follett was twenty-seven when he wrote Eye of the Needle, an award-winning thriller that became an international bestseller. He then surprised everyone with The Pillars of the Earth, about the building of a cathedral in the Middle Ages, which continues to captivate millions of readers all over the world, and its long-awaited sequel, World Without End, was a number one bestseller in the US, UK and Europe. He has written the bestselling Century trilogy, which comprises Fall of Giants, Winter of the World and Edge of Eternity. This is the third novel in the Kingsbridge sequence.

The Evening and the Morning: The Prequel to The Pillars of the Earth, A Kingsbridge Novel
Available, ships in 7-10 business days
$38.24 $44.99