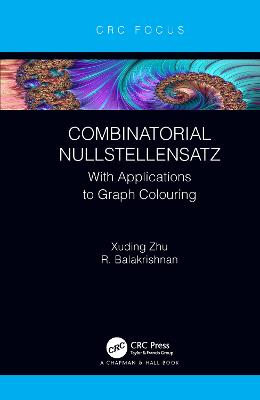 Combinatorial Nullstellensatz is a novel theorem in algebra introduced by Noga Alon to tackle combinatorial problems in diverse areas of mathematics. This book focuses on the applications of this theorem to graph colouring. A key step in the applications of Combinatorial Nullstellensatz is to show that the coefficient of a certain monomial in the expansion of a polynomial is nonzero. The major part of the book concentrates on three methods for calculating the coefficients:

It is suited as a reference book for a graduate course in mathematics.

» Have you read this book? We'd like to know what you think about it - write a review about Combinatorial Nullstellensatz: With Applications to Graph Colouring book by Xuding Zhu and you'll earn 50c in Boomerang Bucks loyalty dollars (you must be a Boomerang Books Account Holder - it's free to sign up and there are great benefits!)


A Preview for this title is currently not available.
More Books By Xuding Zhu
View All