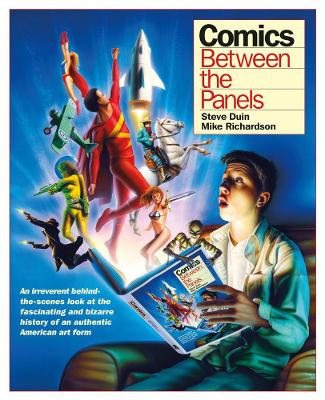 Comics: Between The Panels

Description - Comics: Between The Panels by Steve Duin

This lavish volume takes an in-depth look at the history of comics in a manner decidedly unlike the dry timelines and profiles of most reference-style titles. Via alphabetical entries, the authors take an irreverent, often hilarious, behind-the-scenes look at creators, companies, characters, collectors, and conventions, pulling no punches when exposing some of the darker sides of the industry.
Containing countless stories gleaned from over 150 interviews of comics industry veterans, Comics Between the Panels is loaded with more than half a century of insider information on the talented and eccentric creators who forged the comics industry and art form.
Features 670 illustrations and photos - including dynamic and bizarre cover art compiled under such curious headings as Atomic Bombs, Death with Indignity, Gorillas, Headlights, Hooded Menaces, and Skulls.

Book Reviews - Comics: Between The Panels by Steve Duin

» Have you read this book? We'd like to know what you think about it - write a review about Comics: Between The Panels book by Steve Duin and you'll earn 50c in Boomerang Bucks loyalty dollars (you must be a Boomerang Books Account Holder - it's free to sign up and there are great benefits!)

Mike Richardson is the president and founder of Dark Horse Comics, the award-winning international publishing house he founded in 1986. He is also the president of Dark Horse Entertainment, for which he has produced numerous projects for film and television. In addition to producing films such as R.I.P.D., Hellboy, and Mystery Men, he has also produced films based on several of his own creations, including The Mask and Timecop. Richardson owns a successful pop-culture retail chain, Things From Another World, with stores stretching from Universal's CityWalk in Los Angeles to his hometown in Milwaukie, Oregon. Richardson has written numerous graphic novels and comics series, as well as Comics: Between the Panels and Blast Off!, two critically acclaimed books about pop culture. He lives with his wife, Karie, and their dog in Lake Oswego, Oregon. 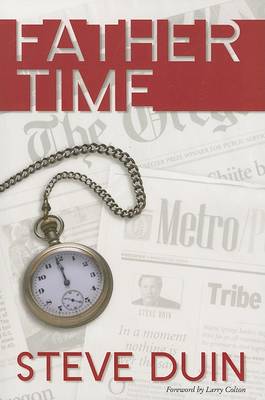