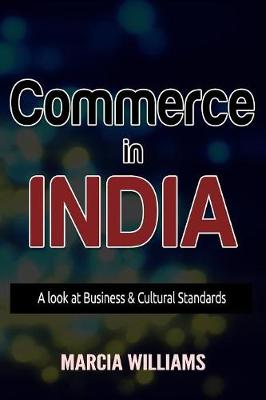 A Look at Business & Cultural Standards

India boasts a population of over 1 billion, ranking ninth as one of the world's largest emerging economies. In order to successfully venture and conduct business in this country, it is important to understand the dimensions of the culture and business dynamics.

The capital is New Delhi and the 25 states and seven union territories, produce a gross domestic product (GDP) per capita of over $1500.00. India is still considered one of the poorest countries in the world with about 60% of the population involved in agriculture which only has contributed 14.6% of the Gross Domestic Product.

This book is an analysis of the elements, from economic to cultural, which must be considered when making the decision to do business in India and comparing the business standards and protocols to those of the United States.

» Have you read this book? We'd like to know what you think about it - write a review about Commerce in India book by Marcia Williams and you'll earn 50c in Boomerang Bucks loyalty dollars (you must be a Boomerang Books Account Holder - it's free to sign up and there are great benefits!)


A Preview for this title is currently not available.
More Books By Marcia Williams
View All