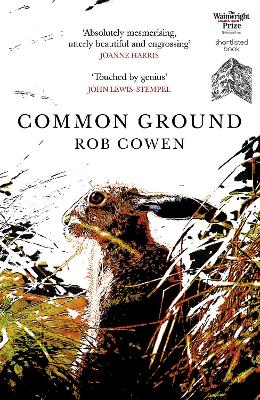 One of Britain's Favourite Nature Books as featured on BBC's Winterwatch

Immersive, evocative and powerful, Common Ground is a unique evocation of how, over the course of one year, Rob Cowen discovered a common - though extraordinary - square mile of wood, meadow, hedge and river on the edge of his northern town.

ONE OF BRITAIN'S FAVOURITE NATURE BOOKS AS FEATURED ON BBC's WINTERWATCH

SHORTLISTED FOR THE WAINWRIGHT PRIZE 2016

'Sensitive, thoughtful and poetic ... leading us into a whole new way of looking at the world' Michael Palin

After moving from London to a new home in Yorkshire, and about to become a father for the first time, Rob Cowen finds himself in unfamiliar territory. Disoriented, hemmed in by winter and yearning for open space, he ventures out to a nearby edge-land- a pylon-slung tangle of wood, hedge, field, meadow and river that lies unclaimed and overlooked on the outskirts of town.

Digging deeper into this lost landscape, he begins to uncover its many layers and lives - beast, bird, insect, plant and people - in kaleidoscopic detail. As the seasons change and the birth of his child draws closer, his transformative journey into the blurry space where human and nature meet becomes increasingly profound. In bringing this edge-land to life, Cowen offers both a both a unique portrait of people and place through time and an unforgettable exploration of the common ground we share with the natural world, the past and each other. 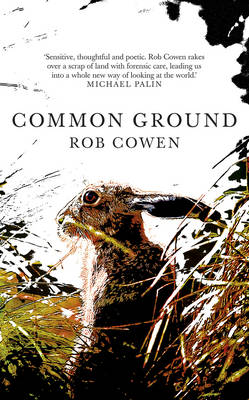 » Have you read this book? We'd like to know what you think about it - write a review about Common Ground book by Rob Cowen and you'll earn 50c in Boomerang Bucks loyalty dollars (you must be a Boomerang Books Account Holder - it's free to sign up and there are great benefits!)

Rob Cowen is an award-winning journalist and writer who has authored regular columns on nature and travel for the Independent, Independent on Sunday and the Telegraph. Described by the Guardian as one of the UK's most exciting nature writers' he previously received the Roger Deakin Award from the Society of Authors for his first book Skimming Stones and Other Ways of Being in the Wild (2012). He lives in Harrogate, North Yorkshire.

A Preview for this title is currently not available.
More Books By Rob Cowen
View All