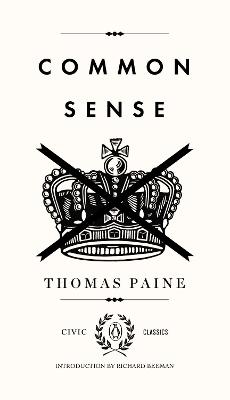 Paine's incendiary pamphlet against British rule converted millions of Americans to the cause of independence when it was first published anonymously in 1776, and it remains as trenchant and powerful a call for freedom, equality, and progress today.
Penguin Books Civic Classics
The Declaration of Independence and The United States Constitution Common Sense/Thomas Paine The Federalist Papers Alexander Hamilton, James Madison, and John Jay Lincoln Speeches/Abraham Lincoln American Political Speeches Supreme Court Decisions Penguin presents great essential texts of American civic life in a portable and accessible series for the politically engaged. Richard Beeman and leading experts introduce the founding documents, pivotal historic speeches, important Supreme Court decision, and historic writings, both revolutionary and inspiring, that express core principles and ideals, raise issues, and tell a story about the American experiment in self-government.
These are the words, ideas, and actions that have shaped American society and government since their founding and that continue to matter and empower. By mapping out our constitutional history, Civic Classics help us navigate through our present challenges, a journey better enjoyed as a participant rather than a bystander. 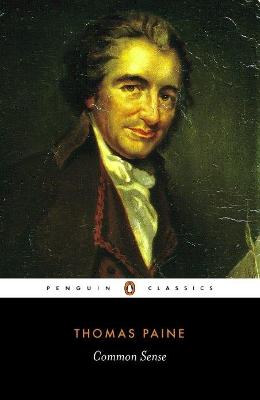 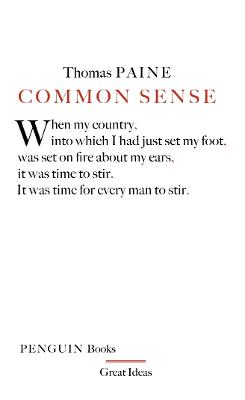 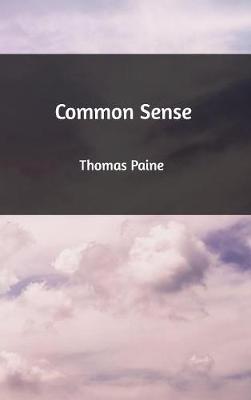 » Have you read this book? We'd like to know what you think about it - write a review about Common Sense book by Thomas Paine and you'll earn 50c in Boomerang Bucks loyalty dollars (you must be a Boomerang Books Account Holder - it's free to sign up and there are great benefits!)

Thomas Paine was born Thomas Pain in Thetford, England, on January 29, 1737, the son of a poor corset-maker. At age sixteen, Paine ran away from home and became a sailor during the Seven Years War. After the war he held several odd jobs for the British government and worked hard to supplement the little education he received as a child. While living in England in 1772, Paine wrote his first political pamphlet, The Case of the Officers of Excise. Paine came to America in 1774, was appointed editor of Pennsylvania Magazine and became active in the call for American independence from England. His revolutionary pamphlet, Common Sense, was published in 1776, sparking some of the first public calls for America to rid itself of British rule. He spent the next fifteen years of his life in England and France and wrote several more political pamphlets, including Rights of Man (1790), The Age of Reason(1794), and Agrarian Justice (1796). In 1802 Paine returned to the United States, where he died in June of 1809 in the Greenwich Village neighborhood of New York City. Richard Beeman, the John Welsh Centennial Professor of History Emeritus at the University of Pennsylvania, has previously served as the Chair of the Department of History, Associate Dean in Penn's School of Arts and Sciences, and Dean of the College of Arts of Sciences. He serves as a trustee of the National Constitution Center and on the center's executive committee. Author of seven previous books, among themThe Penguin Guide to the United States ConstitutionandPlain Honest Men: The Making of the American Constitution, Professor Beeman has received numerous grants and awards including fellowships from the National Endowment for the Humanities, the Rockefeller Foundation, the Institute for Advanced Study at Princeton, and the Huntington Library. His biography of Patrick Henry was a finalist for the National Book Award."

A Preview for this title is currently not available.
More Books By Thomas Paine
View All

Complete Works of Thomas Paine: Containing All His Political and Theological Writings; Preceded by a Life of Paine
$126.41 $140.46

An Examination of the Passages in the New Testament Quoted from the Old and Called Prophecies Concerning Jesus Christ. to Which Is Prefixed, an Essay on Dreams. Also an Appendix
$77.91 $86.57

The Political Writings of Thomas Paine: Secretary to the Committee of Foreign Affairs in the American Revolution: To Which Is Prefixed a Brief Sketch of the Author's Life; Volume 1
$101.12 $112.35

Letters, by the Author of Common Sense. First, to the Earl of Shelburne, Now Marquis of Lansdowne, on the Subject of American Independence. Second, to Sir Guy Carlton, Now Lord Dorchester
$33.21 $36.90